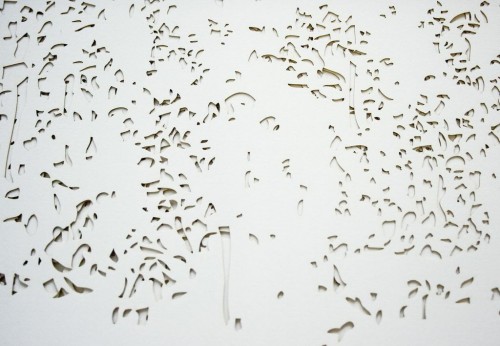 Right now al-Mutanabbi street starts somewhere on a small street in Gaza, and in Damascus, on a small street in Beijing, a small street in Tehran. It starts in Baghdad, Beirut, and Cairo, it starts in Dublin, Calgary, Halifax, London, Exeter, and Bristol, and here in San Francisco, Santa Fe, Boston, Los Angeles, Omaha, New York City, Washington D.C.,Cambridge, Mass. or Detroit, Michigan. It starts at the Rochester Central Library, and at Goddard College in Vermont. It starts wherever someone gathers their thoughts to write towards the truth, or where someone sits down and opens a book to read. Wherever the free exchange of ideas is suppressed or attacked, wherever writers and artists are silenced, or risk their lives to speak the truth through their work, there will be a place for them on al-Mutanabbi Street. – Beau Beausoleil, July 2014

In March 2007, a suicide bomber exploded his car in Al-Mutanabbi Street in Baghdad, Iraq, killing thirty people and injuring more than a hundred. The street, named after Abu at-Tayyib Al-Mutanabbi, a renowned classical 10th century Arab poet, was home to hundreds of bookstores, publishers, printers, bookstalls and cafes. The attack directly targeted the intellectual and cultural hub of Baghdad.

Some 7000 miles away from the tragedy, Beau Beausoleil, a poet and second hand bookshop owner, felt an immediate connection to the victims of the bombing. He expected and waited for an international uproar condemning the attack. When it was clear that the event would go unmarked in history, he decided to take matters into his own hands. Beausoleil put forth a call for artists to create 130 artist books and that would attempt to “re-assemble” and reconstruct the books and materials that were lost in Baghdad. The carefully created books that were submitted from multiple places across the globe are indeed a painful but bittersweet reminder of what once existed in Al-Mutanabbi street. Arabic script, scraps of newspapers, poems, names of victims, drawings and numbers all come together to create a moving tribute to the books, stalls and souls that were lost that day.

The project soon became a traveling exhibit titled Al-Mutanabbi Street: Start the Conversation. The Central Library of Rochester & Monroe County is currently hosting this exhibit in several locations throughout Rochester libraries. The entire collection of artist books and broadsides are on display until early September. In light of the most recent events in Iraq, with militia taking control over several cities, this exhibit could not have been more timely.

Although the artistic submissions created for this project were all responding to the same call, they are by no means homogeneous. Some of the artist books offer an immediate visual and textual response to the events, such as Helen Allsebrook’s work entitled “It Is What It Is” where she uses a child’s toy car and trailer, and burnt pages from an ‘unwanted book’ to literally represent the events of March 2007. 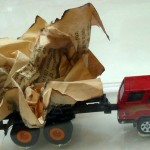 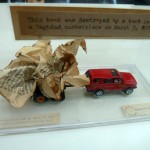 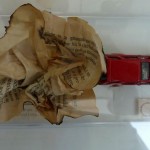 In contrast, Jennifer Caine’s work “Chronotope” takes on a metaphorical quality as she attempts to visualize the encapsulated sense of time that often becomes suspended in the aftermath of traumatic events. 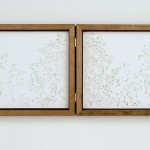 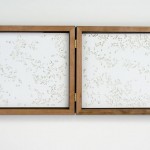 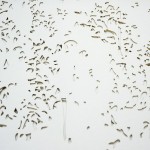 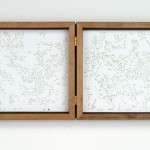 Other works included in the exhibition draw their inspiration from the events in Baghdad as well as the artists’ personal histories. For example, Laurie Alpert utilizes the image of a kneeling soldier from a photograph she took during her visit to the Golan Heights in 2007. She also incorporates Arabic verses of poetry from Al-Mutanabbi and music notes from her mother, who is a professional violinist into a visually striking work.

What started out as a memorial poetry reading in San Francisco has now become an remarkable international project  that consists of more than 250 artists books and broadsides. Similar to many memorials created to commemorate the victims of traumatic events in concept, the exhibition takes on a collaborative, participatory nature that many of the “tourist-trap” memorials seem to be lacking. The books and broadsides will eventually be donated to the Iraq National Library in Baghdad.

*** The exhibit will run in Rochester through September 2, 2014 at various locations throughout the City of Rochester and Monroe County. For more information click here. The exhibit is free and open to the public.

*** To see the Elcin Marasli’s artwork “Controlled Detonations” that was featured in the 20th issue of Invisible Culture and is a part of the Al-Mutanabbi exhibit click here.

*** All images are courtesy of the artists and Beau Beausoleil.