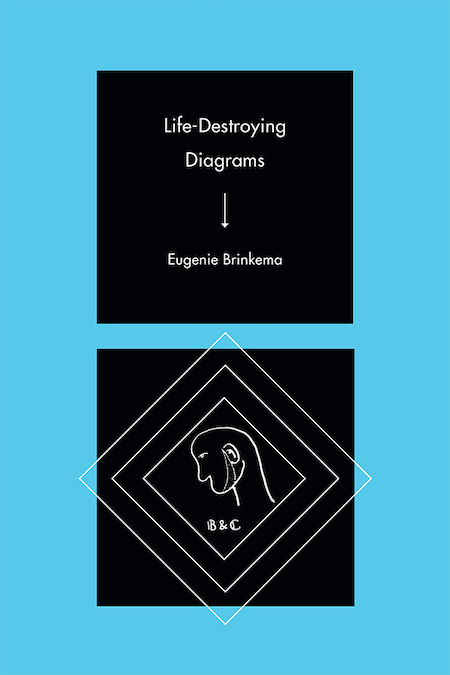 Throughout Eugenie Brinkema’s Life-Destroying Diagrams, form is described as infinite, boundless, and generative. Across intensive close readings of contemporary cinema, with a particular focus on films classified as horror, Brinkema argues that death and violence are not only represented through genre tropes or narrative beats. They are also produced at the level of form, presented through distinct arrangements of light, color, rhythm, and shape. Brinkema describes such arrangements as infinite, as there is no limit to how these formal elements will appear and relate to one another. For Brinkema, violence is what arises when form encounters the limitations of its own material. For example, a human body, which is subject to numerous bloody encounters in the span of most horror films, can only withstand so much transformation before it is destroyed. In contrast to horror scholarship’s emphasis on allegory, genre, and embodiment, Life-Destroying Diagrams is devoted only to the surface of its textual objects and identifies the ethical, ontological, and aesthetic claims that are generated via form.

The title of Brinkema’s book technically refers to only the first of its two sections, which is devoted to horror as an aesthetic and philosophical concept rather than as a genre. In addition to longform close readings of films such as the Final Destination franchise (2000-2011), The Cabin in the Woods (2000), and The Human Centipede series (2009-2015), this section also includes shorter readings, or “interludes,” on the formal structures at work in films like Rubber (2010) and the ABCs of Death series (2012-2016). Each chapter and interlude centers on a distinct formal arrangement such as the list, grid, and diagram, with Brinkema demonstrating how these forms operate in the corresponding case study and elucidate the aesthetic and ethical dimensions of death and violence. The section after Life-Destroying Diagrams, entitled Love and Measurement, is treated as a separate yet deeply interrelated project. Brinkema largely moves away from horror and toward the infinite forms of love. Building off the work of philosopher Michel Serres, Brinkema writes that “love is over every value, being what does not specify, exclude, limit of determine” (289). This logic dovetails with the infinite formal arrangements that Brinkema discusses in the first section, but in Love and Measurement, the focus shifts to filmic objects that present distinct and often brutal encounters between two bodies. In turning to films where romance, desire, and obsession are centered, Brinkema examines the formal violence and rhythms of love, as well as its own intertwinement with death.

As with her first book The Form of the Affects, Brinkema uses a method of close reading that she terms “radical formalism.”1 In the first chapter of Life-Destroying Diagrams, Brinkema demonstrates that a different approach to the close reading of horror is needed in order to move past a certain stagnation in the field of horror studies. Brinkema notes a rote and repetitive emphasis on the body and/or embodiment in horror, whether it be in Robin Wood’s influential writings on the repressed social Other or in the legacy of Linda Williams’ canonical work on “body genres.”2 Contemporary scholarship on affect and corporeality only amplifies the stakes of Brinkema’s project, which aims to focus only the cinematic object and not concepts that are exterior to the object such as the spectator or social allegory. Because form has infinite arrangements and possibilities for Brinkema, it provides a more productive language than the body. Radical formalism involves “reading without guarantee,” following the countless directions offered by form instead of continually referring back to a stable body (21).

If radical formalism is about remaining with the surface of the film, then in many ways the method could be said to have an attachment to the obvious and literal. Brinkema has selected case studies where her formal arrangement of choice, whether it be the grid or diagram, structures narrative as much as it does film form. For example, the Final Destination franchise, which for Brinkema is structured by the form of the list, explicitly centers on teens attempting to identify their place on Death’s list. Brinkema argues that the franchise is about ontological violence, and it uses the list (without success) to identify that precise moment when life tips into nonlife. Film form is crucial to this close reading, with Brinkema analyzing how editing and close-ups isolate the “drama of the tiniest detail” that will lead into a character’s death (38). But it is also important for Brinkema’s argument that the film franchise is blatantly about characters using lists to understand and evade their death. Everything emerges from form, according to Brinkema, and therefore it only makes sense that the formal arrangements under discussion would radiate out and shape narrative as well.

Despite form’s all-encompassing and endless possibilities, it is notable that Brinkema’s close readings continually revolve around failures and insufficiencies in relation to form. It is not the form that fails, so much as form’s materials. Form must always come up against the boundaries of the camera frame or the limitations of the bodies onscreen, which Brinkema regards as “nothing but formal material” (22). Thus, the camera cannot actually pinpoint the instant of death in Final Destination nor can it visualize the totalizing and world-ending violence that causes The Cabin in the Woods to cut to black in its final moments. As a material, bodies are stretched to capacity in Brinkema’s case studies. They are violently transformed and reshaped until they are completely destroyed. As recounted in a close reading of Amour Fou (2014) in Love and Measurement, the central pair’s suicide pact is a failed attempt at an instantaneous mutual elimination that only reifies the borders between two bodies.

In what is perhaps the greatest account of failure, Brinkema turns to the diagrams that appear throughout The Human Centipede franchise. A rudimentary sketch of each component of the surgical process that will bind three individuals into the titular figure, the diagram presents a “cartography of an ideal” that can never be attained (214). The oozing pustules and open wounds of the actual human centipede will never match the perfection of the diagram, and the individual figures sewn together will never function as unified whole. As Brinkema puts it, “the diagram diagrams,” and it is only the material that cannot reach the ideal (230). Brinkema holds extensively onto the middle subject in the centipede, designated Figure B in the diagram, and describes her fate by way of Levinas. Forced to be Figure B, the middle subject is both recipient of Figure A’s unintended violence and the arbiter of a violence enacted on Figure C. Using The Human Centipede as a way to examine ethical responsibility to the other and an inability to “get out” of one’s self, Brinkema succeeds in describing a general horror that rises directly out of form and is not reducible to genre (228).

While clearly an important intervention in the field of horror studies, Life-Destroying Diagrams is described in the first chapter as “not really a book about horror” (21). Rather, it is a demonstration of the possibilities afforded by intensive close readings of form. In the post-script to the first section, Brinkema writes that critics and scholars have disparaged an interest in form as being empty. The close readings that Brinkema performs across this book stand in contrast to this critique, demonstrating how form produces ethical, ontological, and aesthetic thought. Life-Destroying Diagrams demonstrates that the language of form can reinvigorate the act of close reading and attend to the possibilities that are produced through the cinematic object itself.