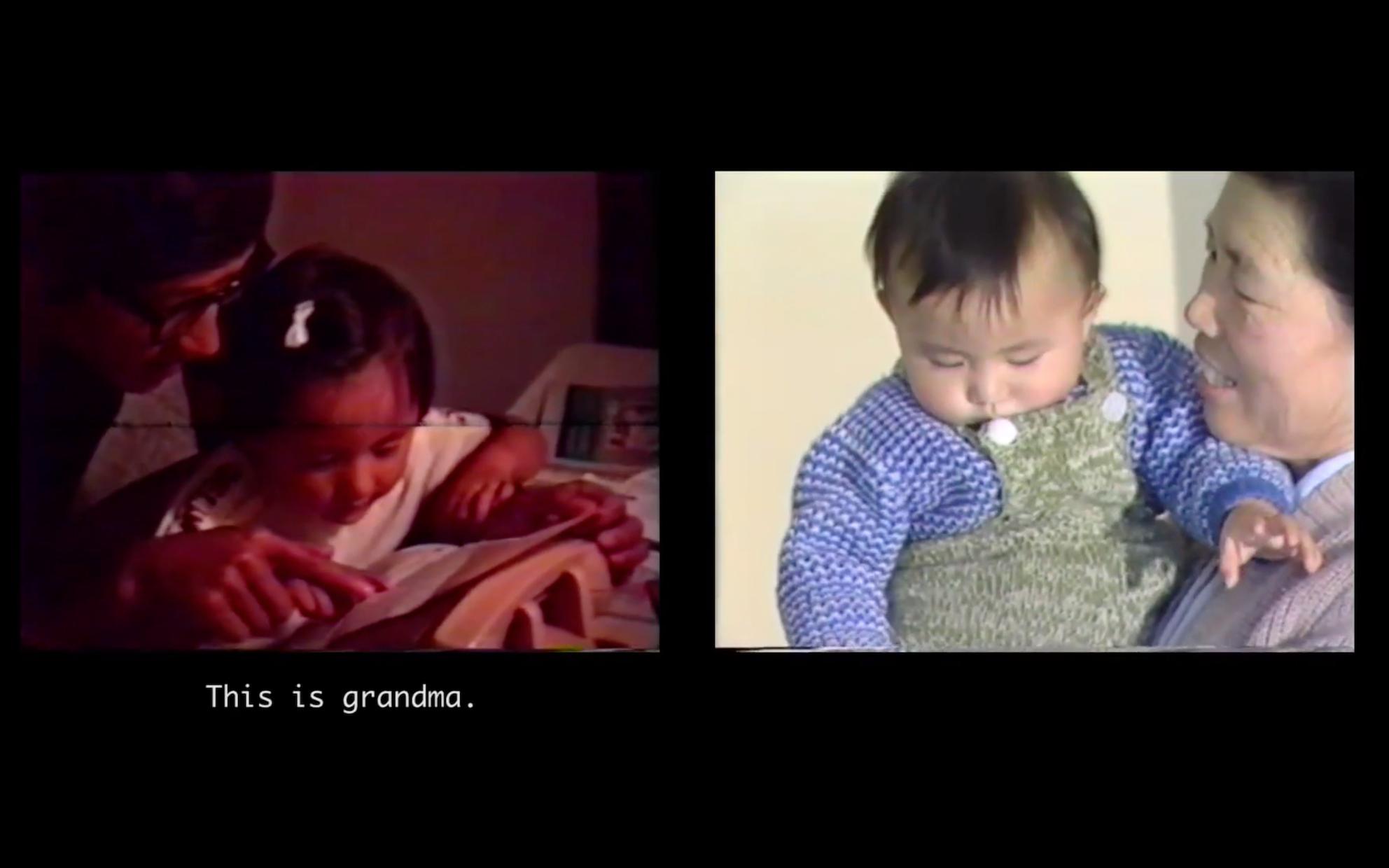 The Origin Tapes is an essay film borne from the discovery of a suitcase of unseen VHS tapes recording my family’s migration from China to the U.S. in the 1980s. They contained images of landmark moments in personal and collective history: the first time I meet my father—which is also the first time I set foot in the U.S.—as well as footage of the Tiananmen riots of 1989, and late family members. Spellbound, I embarked on an emotionally arduous process to digitize and watch them for the first time.

What emerged was a documented process of encounter—an archaeology of love. Years of migration and distance have strained—at times estranged—relations within my family. There was a marked gap between the way I felt about my upbringing, and the feeling the tapes transmitted to me in the moment I watched them, as if I actually lived two lives: “first as a child, then as an adult, with a screen of forgetfulness erected somewhere between them” (MacDougall 2006:69).

How does one perceive love? And how does it exist, or manifest, in visual form—as well as in process? As a body of research, this project was about examining our own subjectivities and their fractured representations, and to give voice to trans-cultural representations—and practices—of love. It is visually inspired by filmmakers like Chantal Akerman, Naomi Kawase, Chris Marker, and Jonas Mekas, but also by scholars and anthropologists—bell hooks, Ruth Behar—who probe the role and expression of love and emotion within research.