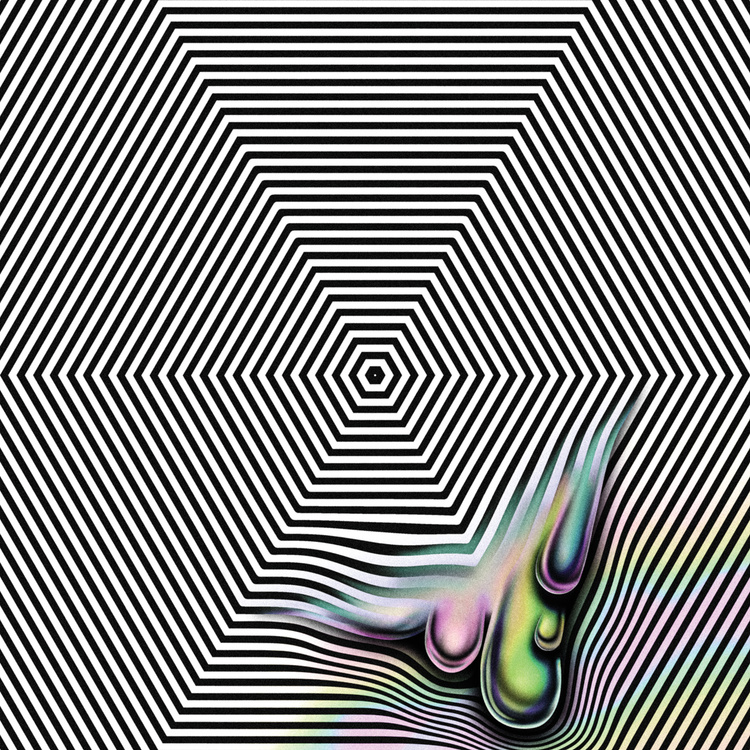 Dropped a day before Halloween, four days before Trump and Biden faced off at the polls, and amid a worldwide uptick in Covid-19 cases, Daniel Lopatin’s ninth studio album as Oneohtrix Point Never landed at a scary moment in this scariest of years. Magic Oneohtrix Point Never was born during lockdown—Lopatin recorded it in his Brooklyn apartment and an Airbnb cabin in Massachusetts, his home state—and although 2020 might have spurred his longstanding interest in dystopia, instead it occasioned introspection and retrospection. “I realised I’d wanted to make an album as a kind of projection of my life; of my life of listening,” he told The Guardian.1

The protagonist in that life of listening is radio. Lopatin’s nom de plume derives from Boston’s Magic 106.7, a soft-rock radio station he grew up listening to, and reuniting his handle with “magic” implies both a consummated homage and an identity statement characteristic of self-titled albums. But in tying his identity statement to radio, Lopatin intertwines his “life of listening” with sonic culture’s broader historical shifts. Throughout Magic, Lopatin invokes those shifts by sampling an online archive of “format flips”—moments when a radio station switches its idiom, say from jazz to pop rock. (These samples occupy the four “Cross Talk” tracks that punctuate the 17-track album.) The DJs announcing the format flips often revel in countercultural sentiment—”the music we all grew up listening to doesn’t relate to our adult reality and our new dreams,” declares one—and Lopatin chops and warps them with a deflating, cartoonish humor. Dwelling in the “new dreams” of the recent past is a staple of OPN’s aesthetic, yet rarely does Lopatin state his method quite so overtly, or ironically.

In terms of style, Magic summons the resources of new age, musique concrète-style sound collage, and the glitchy sublime of contemporary pop. While the album demonstrates that the ground between these idioms is oddly fertile, its most powerful moments are those of manifestly incomplete synthesis. “Auto & Allo,” the first full track, begins with a minute and a half of glittering wind chimes and snatches of plucked strings, but then Lopatin’s vocoder-heavy voice comes in, chanting a saccharine melody that might have been a chorus in a 90s boy band B-side. The next song, “Long Road Home,” is a structural mirror image: Pulsing staccato strings, restrained drum patterns, and straightforward pop-song architecture disaggregate into a montage of metallic synths and fractured samples, into which Lopatin smears alt-pop doyenne Caroline Polachek’s drifting vocals.

In these and other tracks, Lopatin shies away from crafting full-fledged songs. Instead, he imitates the effect of turning a radio dial, haphazardly grafting the end of one song onto the beginning of another, while also transfiguring the blips and buzzes of inter-station static into enchanted sonic dreamscapes. The effect is reinforced through Lopatin’s omnivorous diet of genres. “I Don’t Love Me Anymore” channels the 90s hard rock Lopatin probed in 2015’s Garden of Delete, while “No Nightmares,” featuring Lopatin’s co-executive producer The Weeknd, approximates 80s power-ballads. But the album’s most daring genre swerve occurs in “The Whether Channel” (a wry détournement of one of Lopatin’s favorite sample sources), where four and a half minutes of deep-fried synth drones and dulcimer clouds prepare a guest spot from Virginia bass-baritone rapper Nolanberollin, whose murmurs Lopatin backs with a surprisingly elevated blend of 80s synth-pop and trap.

While a muted levity obtains in the first half of Magic, the second half is more weighted. “Imago” is an otherworldly dirge that evaporates into bitcrushed noise. Power-ballad drums return in “Lost But Never Alone,” but now they’re boxier, fuzzier, more introverted; above them, Lopatin’s multiplied drawl sounds like a chorus of cyborg Kurt Cobains. In “Shifting,” a throbbing string sample suggests the track might escalate into a pointillistic rush (something like R Plus Seven‘s “Boring Angel”), but instead it morphs into a demonic milieu for Venezuelan musician Arca’s abstract, abject poetry. The last track, “Nothing’s Special,” is a sparse passacaglia, first featuring a vocodered lament sung by Lopatin, then an assemblage of granulated dulcimers and free jazz fragments, and finally a stack of slow sawtooth glissandi that cut out before reaching a resting point.

As the album moves into darker territory, its preoccupation shifts from the lifecycles of genres to those of recording media. Tracks like “Tales from the Trash Stratum” and “Answering Machine” invoke broken gadgetry that stutters and bleats with an uncanny automatism, as if Lopatin had made field recordings at a dump for spavined sound technologies. As sociologist Jennifer Gabrys observes, electronics dumps embody a peculiar kind of cultural memory. On the one hand, e-waste landfills crammed with antiquated computers, TVs, and cellphones act as “accidental archive[s]” of a consumer culture predicated on exponential rates of technological progress. But on the other, digital media inaugurate novel and potentially catastrophic forms of memory erasure. “From the on and off of RAM, to the obsolescence of electronic formats, to the disposal of any analog or material version of archived material to save storage space,” writes Gabrys, “we forget in distinctly electronic ways.”2

Magic hovers over the thresholds of memory and forgetting that structure digital life. But whether evoking landscapes of sonic trash or replaying the last hurrahs of long-gone radio stations, Magic seeks less to recover relics than to mull over the ways in which forgetting remains. The “life of listening” that Magic presents consists in what one inherits from the tiny revolutions that make up a mediascape, as well as in the accidental archives formed by whatever happens to still be lying around—forgotten, perhaps, but not gone.