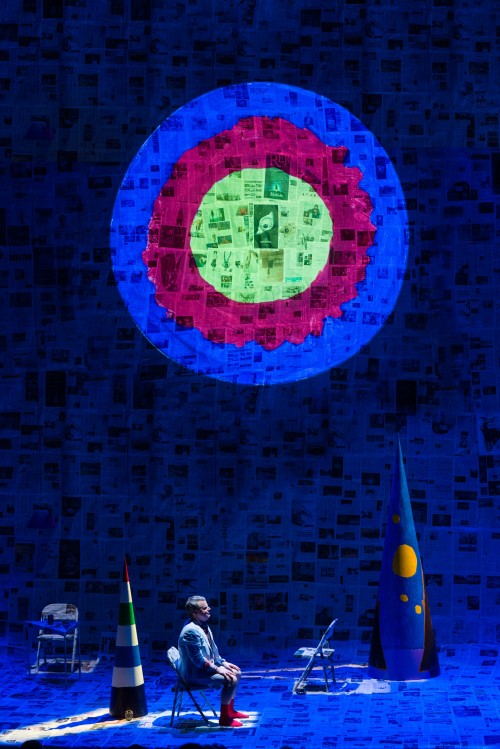 A longtime collaborator of the artist Christopher Knowles once said, “everything Christopher knows makes sense, but not in the way we are familiar with.”[1] Indeed, Knowles’s work functions according to its own logic. Articles and prepositions propagate in excess. Single words, groups of words, and larger blocks of phrasing repeat, proliferating to a point at which the implied meaning of the language begins to unravel. This disintegration allows us to focus on the text’s material qualities—the sound and rhythm of the phrasing, the shape and color of the words on the page—rather than on its implied meaning or content. 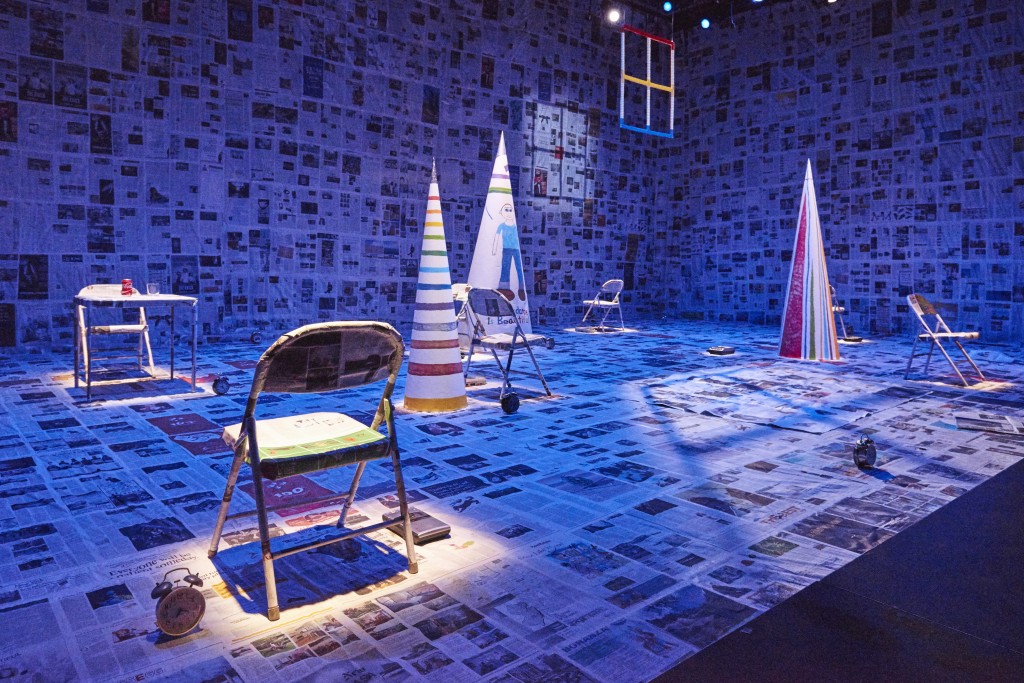 Born in 1959 in New York City, Knowles exhibited a fascination with the aural elements of language at an early age. He began writing and performing concrete poetry in his early teenage years, and recorded these works, which are composed of spoken dialogue that often repeats and overlaps, using multiple cassette tape recorders simultaneously.

Knowles began to perform publicly in 1973 after meeting the renowned theater director and artist Robert Wilson, who had been introduced to Knowles’s tape recordings by a mutual friend of Knowles’s parents. This man, George Klauber, was a friend of the Knowles family, and Wilson had studied architecture under him at Pratt Institute in Brooklyn. Wilson invited Knowles, who was then 13 years old, to attend his 1973 production of The Life and Times of Joseph Stalin at the Brooklyn Academy of Music. At several intervals throughout the otherwise carefully-rehearsed production, the two walked onstage together and performed improvised dialogues based on Knowles’s recorded text “Emily Likes the TV.” 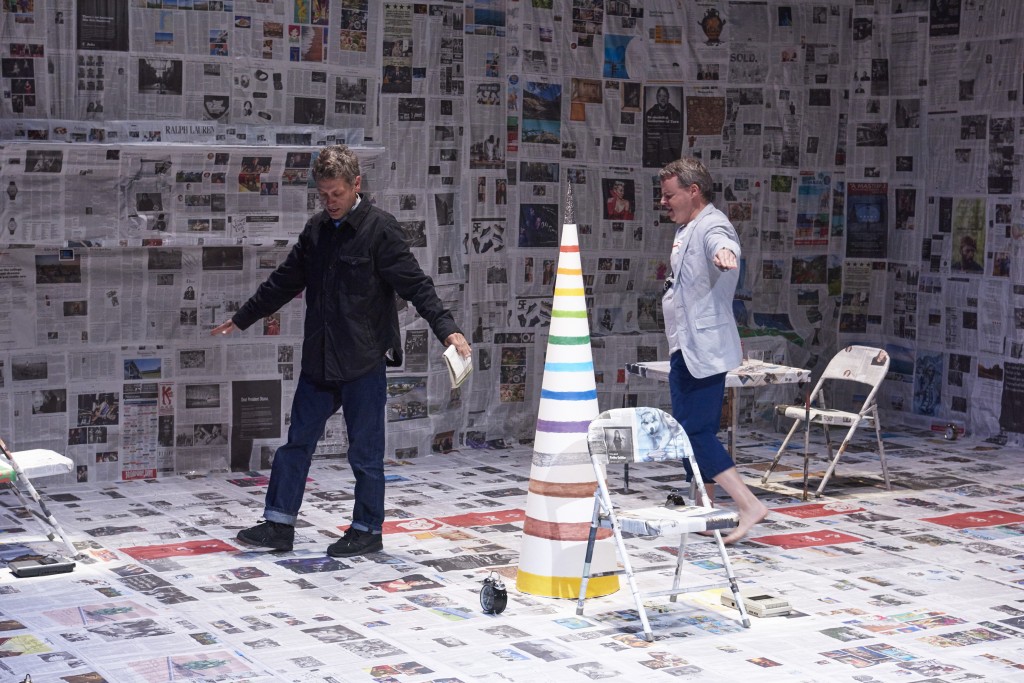 This performance began a long period of close collaboration between the two artists, who wrote text and performed together through the mid-1980s. The work for which Knowles is perhaps best known outside of the downtown visual arts and theater worlds is his contribution to the libretto of Einstein on the Beach, the opera that Robert Wilson and Philip Glass created in 1976, a work that Susan Sontag described as “one of the great theater works of the twentieth century”[2] that is now central to the canon of twentieth-century theater and music.

But Knowles’s practice extends far beyond these early collaborations with Wilson. Knowles paints, types, dances, and takes photographs. New typings and paintings are normally exhibited in solo shows at least once a year. He is an avid practitioner of contact improvisational dance, and attends several hours long “jam dance” sessions twice a week in New York City. Knowles’s art often exhibits an interest in themes related to the way we measure and communicate information about time and space. Maps and clocks emerge as recurring motifs throughout a variety of media. Alarm clocks, which the artist also personally collects, have featured prominently as both performance objects within his installations, and as motifs depicted in his paintings and typings. This interest in the measuring of time can also be observed in the proliferation of references to both popular music and radio schedules. Knowles’s typings and audio works feature a list of the “Top 100” or “Top 50” or “Top 10” songs of a given day, week, or year, while other pieces meticulously list the details of New York radio station schedules. These indications of popular culture not only refer to devices that quantify time, but offer empirical information that allows us to perhaps measure what it may mean to live in our own contemporary moment. 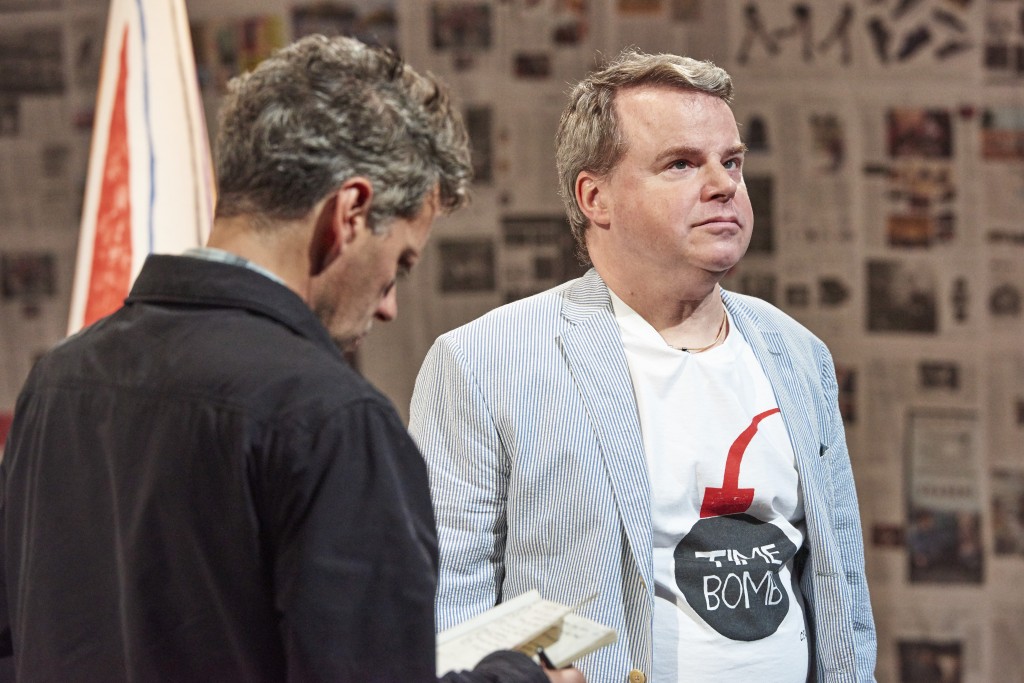 I first met Christopher in the summer of 2007 at The Watermill Center, a laboratory for performance that Robert Wilson established on the east end of Long Island as a place where artists could create performance in residency among Wilson’s vast collection of art objects. Christopher attends this program every year, and often creates new work for the Watermill Benefit and open house events. In 2007, I arrived at Watermill, 23 years old, and freshly graduated from Vassar College. My New England liberal arts education had given me very little preparation for what I encountered. I spent most of my time working in the garden, planting blueberry bushes placed precisely ten inches apart in a carefully conceived staggered diamond pattern, according to Wilson’s exacting standards. On the creative end, I was assigned to be an assistant director for a benefit performance, and found myself negotiating between Wilson, whom everyone colloquially calls Bob, and a collaborator who had fallen out of his favor. Meanwhile, the place was crawling with devastatingly good-looking European men. Needless to say, I was completely overwhelmed.

In the midst of what felt like controlled chaos, there was Christopher Knowles. He would often stand in the middle of a large circle of stones that he had installed in the forest, looking peacefully up at the sky and waiting for the planes to fly overhead. When he saw them pass, he would sometimes comment on whether or not they were late, and by how much time. He surreptitiously installed groups of alarm clocks in different corners of the building, and set them to ring in layered patterns, giggling when they startled unsuspecting passersby. His laughter was infectious. I began driving him to Watermill every afternoon from his residence at the Staff House in Southampton, and we sang along to Bette Midler’s 1972 album The Divine Miss M, which lived in the cassette tape player of my 1990 Volvo 240. 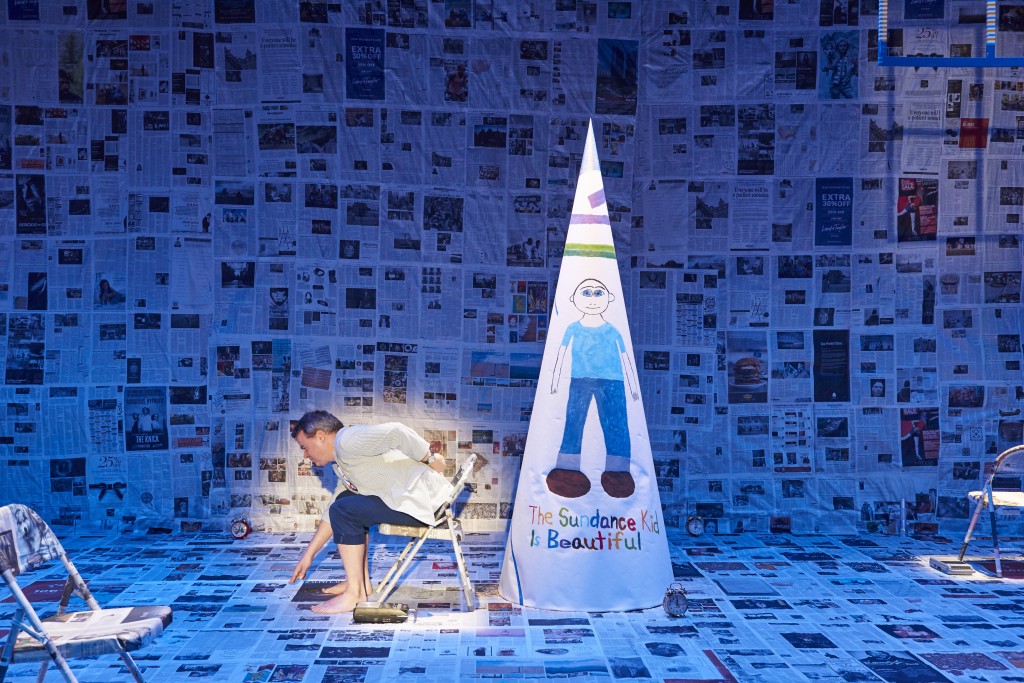 Hilton Als, the theater critic for the The New Yorker magazine, recently wrote that Christopher’s writings “amount to stories about the soul, that ineffable thing that can either be got at a glance or not at all.”[3] His work is very deeply connected to his personal life. Friendships and family relations are carefully cultivated and maintained, and it is through his friendship with me, and my friendship with him, and the other members of our collaborative team, Noah Khoshbin, Andrew Gilchrist, Stephen Crawford, and our sound and light designers, Paul Coleman and Scott Bolman, that The Sundance Kid is Beautiful with Christopher Knowles has come into being. 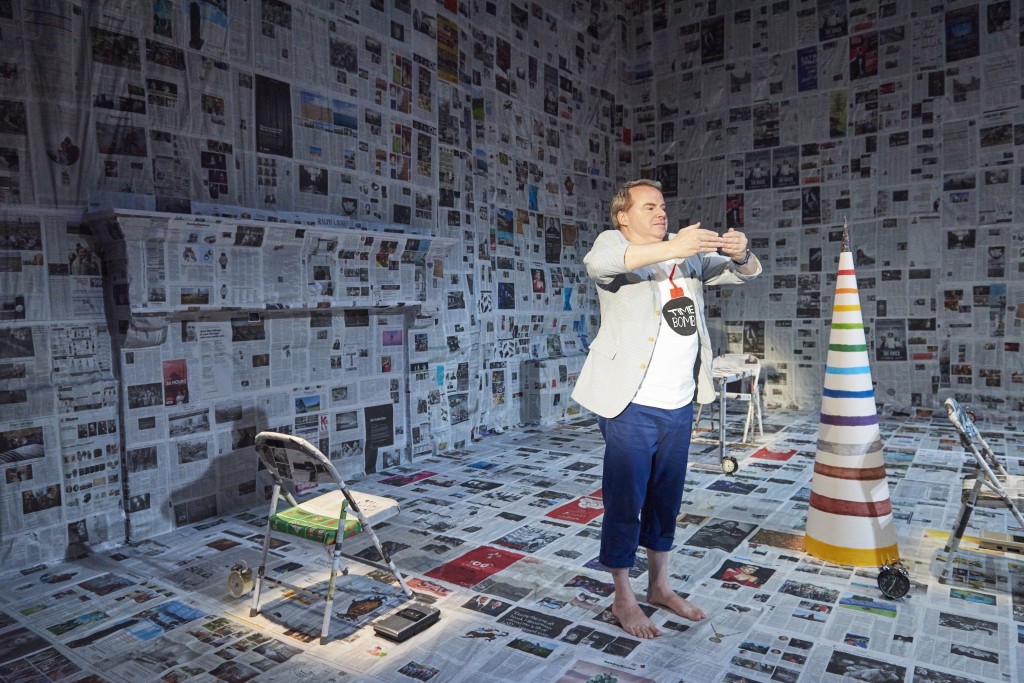 The Sundance Kid is Beautiful with Christopher Knowles was presented at the Institute of Contemporary Art at the University of Pennsylvania on November 11th and 12th, 2015 as part of a midcareer retrospective of Knowles’s work titled “Christopher Knowles: In a Word.” The exhibition, which is co-curated by Anthony Elms and Hilton Als, runs through December 27th.

*This post is a slightly revised version of Lauren DiGiulio’s introduction of Christopher Knowles’s talkback with the audience following the presentation of The Sundance Kid is Beautiful with Christopher Knowles on October 26th, 2015 in Todd Theatre, University of Rochester.

Lauren DiGiulio is a PhD candidate in Visual and Cultural Studies at the University of Rochester and is Dramaturg and Associate Artistic Director of The Sundance Kid is Beautiful with Christopher Knowles.