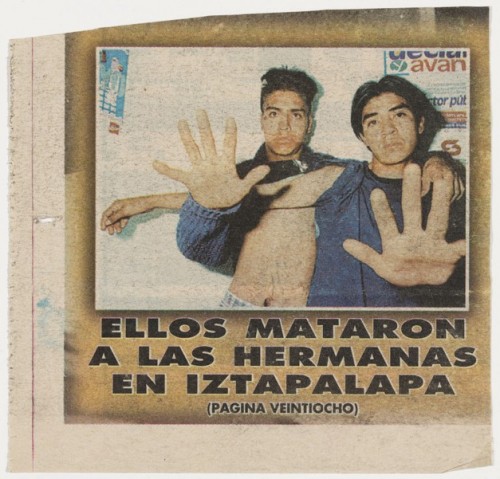 Guillermina De Ferrari (PhD Columbia University) is professor of Spanish and Director of the Center for Visual Cultures at University of Wisconsin-Madison. She specializes on Caribbean literature and visual culture. Her book Vulnerable States: Bodies of Memory in Contemporary Caribbean Fiction (2007) studies the trope of the vulnerable body in contemporary Caribbean literature. Her book Community and Culture in Post-Soviet Cuba (Routledge, 2014) analyzes recent Cuban narrative and photography from the point of view of contract theory and postmodern ethics. She curated the exhibition Apertura: Photography in Cuba Today held at the Chazen Museum of Art (March 6-June 21, 2015).

Shalom Gorewitz (b. 1949, Queens, NY) has been working experimentally with computers and video since 1967.  A student of Nam June Paik’s at California Institute of the Arts (BFA, 1971), he is considered a pioneer in the medium.  His work is in permanent collections of several international museums and has been shown in festivals, galleries, and on television in the US, Europe, Japan, Australia, and Africa.  He has received fellowships from Fulbright and Guggenheim Foundations.  He is Professor of Video Art and New Media at Ramapo College of New Jersey.  His current work is sensory, rhythmic, and varies time, energy, and emotions toward a transformative vision relating to cyber-sensual realities of contemporary life.

Justin Nolan is a Lecturer of Photography at the University of Central Florida. In 2014 Nolan received his MFA in photography from the University of New Mexico. Working in both still and motion, Nolan investigates social spaces and the built landscape. Much of his recent work focuses on commercial interiors in an effort to illustrate how public spaces can provoke desire, nostalgia, and confusion. http://www.justinnolan.com

Kasia Ozga was born in Warsaw, Poland, shortly before the declaration of martial law. After living in Berlin, Springfield, Glenview, Boston, and Krakow, she now works between Paris and Chicago. Ozga creates public artworks and sculptural installations in a variety of materials for both interior and exterior spaces. Her works depicts the changing relationship between the human body and our environment either directly, through the use of organic materials intentionally affected by weather conditions over time, or indirectly, via visual metaphors for the experience of time. She has designed everything from permanent interactive landscapes to temporary time-based installations out of materials ranging from bread to pixels to bronze. The conceptual goals and environmental contexts of each piece influence the materials which Ozga selects. Ozga is a former Kosciuszko Foundation Fellowship recipient, Harriet Hale Woolley Grant recipient from the Fondation des Etats-Unis and Young Professional Artist Travel Grant recipient from the Polish Ministry of Culture grantee. Her work has been exhibited in five states in the USA and in ten countries: kasiaozga.com.

Anne Pasek is a doctoral student at New York University’s Department of Media, Culture, and Communications. Her research centers on the philosophies and contingencies of technology with a focus on the aesthetics, fragility, and performative stakes of digital infrastructures. These studies are graciously supported by the Social Studies and Humanities Research Council of Canada and Fulbright Canada. Her wider interests include queer theory, disability studies, ecological thought, and emerging materialisms. Musings and declaratives from her studies can be found at queerfragments.wordpress.com or @aepasek.

Nicholas de Villiers is associate professor of English and film at the University of North Florida. He is author of Opacity and the Closet, Queer Tactics in Foucault, Barthes, and Warhol (University of Minnesota Press, 2012). He received his Ph.D. in Comparative Studies in Discourse and Society from the University of Minnesota in 2004. He has published essays in Paragraph: A Journal of Modern Critical Theory (2005), Sexualities (2007), and Bright Lights Film Journal (2007).

Jayne Wilkinson is a writer, arts administrator and emerging scholar. She holds an MA in Art History from the University of British Columbia and her research interests focus on the intersection of aesthetics and politics in contemporary photographic practices, with specific attention to the politics of visibility and obscurity in the surveillance state. She is currently director of Prefix Institute of Contemporary Art in Toronto, Canada.

Jacqueline Witkowski is a PhD student in Art History, Visual Art & Theory at the University of British Columbia. Her research interests include art activism, modes of participation and collaboration, textiles, and feminist theory.