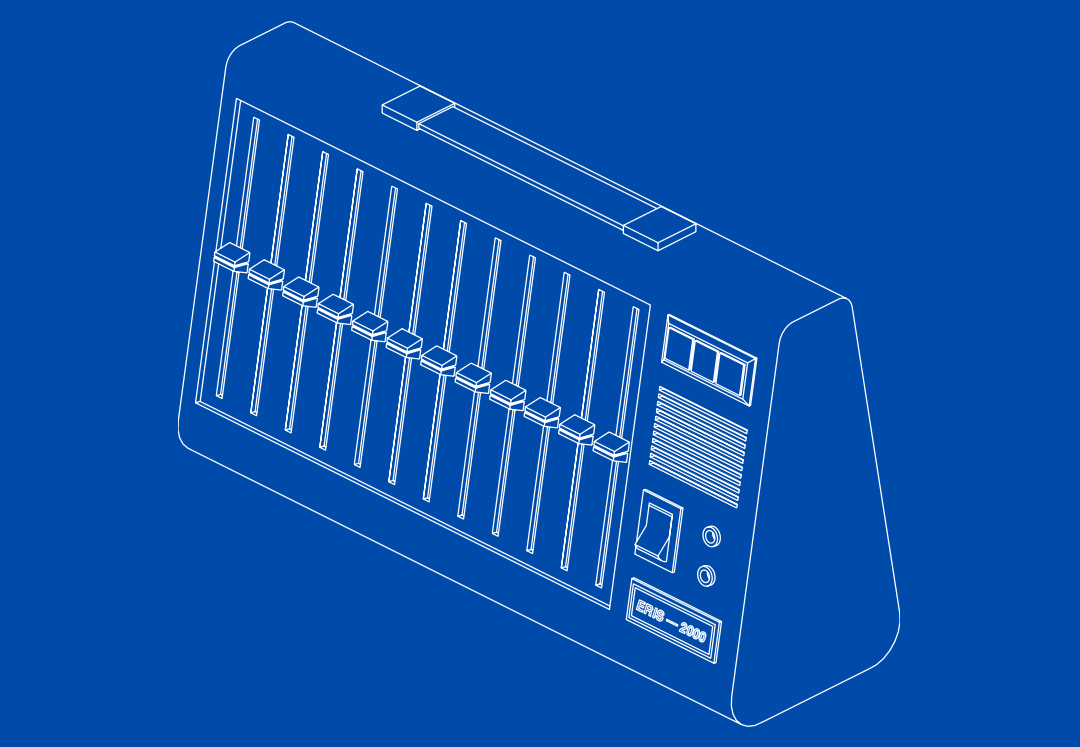 In his theoretical manifesto, Toward An Architecture, Le Corbusier wrote, “The plan is the generator. Without plan there can be neither grandeur of aim and expression, nor rhythm, nor mass, nor coherence. . . . The plan is what determines everything; it is the decisive moment.” The plan or blueprint is the primary tool of the architect’s and the drafter’s trades—a technical document that bridges creative impulse and constructive labor, intent and execution, virtuality and materiality. Taking shape as a conversation among concept, form, and representation, a blueprint insistently nudges its spectator’s gaze outside its frame. It is understood as a necessary stage on the way to something larger, something grander, something more, and is usually seen not as a self-contained object, but as prescription directed toward a particular outcome. Yet a blueprint may also be the terminus of the unrealized and the unrealizable. Étienne-Louis Boullée’s Cénotaphe à Newton, Le Corbusier’s Ville Contemporaine, Frank Lloyd Wright’s Broadacres, and the Chicago Spire are among the many visionary designs abandoned at the drawing board, whose construction in real space we may now only imagine.

In Issue 23, we asked contributors to consider how blueprints—and more broadly, agendas, manifestos, models, or prophesies—negotiate between the present and an imagined, idealized, or impossible future. What qualities and limitations are shared by conceptual architecture and other speculative mediums? How do plans and prototypes function as a critique of present realities? What is the aesthetic value of diagrams, renderings, sketches, or preparatory studies? What occurs when we no longer consider the model as process, but as finished product? What are the mechanisms through which the plan attempts to fill the gap between language and image or event?

Kristof Van Gansen’s article “‘Bold German graphic design’: Arts et métiers graphiques and New Typography” explores how creative ideologies and manifestoes transform—and fail to be fully realized—as they are reinterpreted by different cultural groups. Van Gansen considers how ‘Arts et métiers graphiques’, a Parisian graphic design journal from the interwar period, responded to the innovations of German-centered New Typography. The strongly standardized and seemingly universal functionalist model for graphic design that was proposed by Jan Tschichold, New Typography’s chief theoretician, proved dysfunctional to this magazine. It was difficult to reconcile with a particularly French conception of graphic design that was mindful of the beauty of printed matter, favored individual creative endeavors, and always sought to respect the national tradition.

Jim Middlebrook takes up the question of the relation between description and theory in his article “Amending Rachel Whiteread’s Water Tower: Infrastructure as Art, Art as Infrastructure,” which functions as both an artist statement and an exploration into questions regarding the boundary between the art object and its environment, the role of infrastructure in contemporary public art installations, and the future lives of such installations. As a practicing architect, he describes his work on a commission he received from MoMA in 2004(?) to build a structural truss around Rachel Whiteread’s 1998 sculpture Water Tower, per New York City Fire Department regulations. Given the site-specific nature of Water Tower and its location on the roof of MoMA’s building in midtown Manhattan, Middlebrook’s work involved not only working on the artwork’s environmental context, it required collaborating with the object itself. By describing the process of his engagement with Whiteread’s work, Middlebrook examines the extent to which art functions as infrastructure, and how the questions that public art objects engage shift continuously over time.

In “Examining Amsterdam RealTime: Blueprints, the Cartographic Imaginary and the Locative Uncanny,” Ned Prutzer engages with Amsterdam RealTime, an early locative art project from 2002. He analyzes the project as a telling blueprint endorsing geospatial technologies and combating discourses connected to technology and surveillance and investigates it for the artistic forms it appropriates, along with locative representation more broadly. These forms include locative art, graffiti, the technological sublime, and the broader cartographic imaginary. Within these appropriations, Prutzer identifies a locative uncanny to describe how locative projects decontextualize these forms and, ironically, showcase how impossible representing mobility and the everyday with precision through geospatial technologies is.

In No-Stop City, artist Alan Ruiz takes the image of the unfinished luxury residential tower as a point of departure to examine how the skeletal forms of these buildings function as screens of inclusion and disclusion, harbingers of socioeconomic change, and the distinction between moderation and excess. Using the standardized architectural element of the steel stud as a modular unit, his series of twelve architectural plans accelerates the repetition of the stud’s form into overdrive. The material of his forms proliferates, yet the plans exist without ground. Located in non-sites, these blueprints ask how we can conceive of a radically formalist critique of neoliberal space, urban homogeneity, and hegemonic power through architectural rendering.

Robert Watkins’ The BLUEPRINT/Product Disparity: Learning from Lofty Plans and Humble Products is a self-reflective work acting dually as text and artwork. His comic challenges traditional assumptions about the medium as an academic tool and presents it instead as an answer to what alternatives to written text can exist to convey academic messages. Watkins weaves the theme of the blueprint through the comic through both its literal meaning in relation to gridded drawing and its conceptual understanding as a graphic guide.

ERIS-2000 is a mysterious, metafictional, multimedia concept piece by British visual and sound artists William Fairbrother, Alberto Ruiz Soler, and Oliver Smith. Through a cryptic backstory, an allegedly “lost” informational video, and a fully interactive virtual simulation, the artists—under the auspices of the “Erica Symms Society”—exhibit a prototype of a scientific instrument that measures the consequences of human decisions on complex systems. ERIS-2000 probes the arcane spaces between science fact and science fiction, between digital models and physically manufacturable objects, between invention and realization.