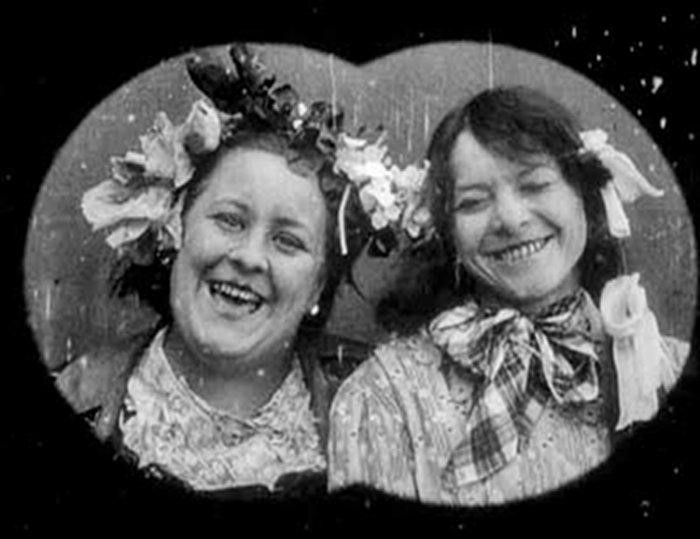 For its 36th edition last October, the Pordenone Silent Film Festival (Le Giornate del Cinema Muto 2017) dedicated four programs and one feature to the “nasty women” of the silent screen. Having decided to embrace the much-debated term since it was first used by then candidate, now US president, Donald Trump, curators Maggie Hennefeld and Laura Horak wanted their program to be a tribute to what became a feminist rallying cry across the United-States and abroad: “Nasty Women.”

Horak and Hennefeld, both responsible for challenging publications on gender and queer studies and early cinema,1 had a simple vision in curating this program: what about women directing and acting in the early years of motion pictures? The rage and enthusiasm provoked by the term “nasty women” throughout the presidential campaign and after the election almost worked as a welcomed pretext in the compilation of a program recalling how women used to destabilize the film frame, quite literally, as the introduction of the program suggests:

Long before there were “pussy hats” and late-night feminist satirists, comedienne characters such as Léontine, Rosalie, Cunégonde, Lea, Bridget, and Tilly spoke truth to patriarchal power with their gleefully reckless and wholesale destructive disregard for gendered social norms and feminine corporeal decorum. […] More than just deadly vamps, the “nasty women” in our programs deflect and defile rigid gender norms by any means possible: they blow up the kitchen, shatter all the dinnerware, dismember their limbs to revolutionize their labor, torment their employers with sadistic pranks, playfully transgress sexual and racial taboos, swap bodies and metamorphose into other species, and flaunt their corporeality with predatory abandon.2

Scheduled throughout the week of the festival (September 30 to October 7, 2017) the five programs were presented as follows: “Catastrophe in the Kitchen,” “Léontine/Betty & Rosalie/Jane,” “Identity Crisis,” “Catastrophe Beyond the Kitchen” and finally the closing feature, The Deadlier Sex (R Thornby, US, 1920).

The opening program “Catastrophe in Kitchen” was probably one of the most playful of the series. The kitchen as gendered space was a set of choice of the slapstick comedy, affording a limitless combination of scenarios and above all, the opportunity to play with the clichés of the domestic scene. As Hennefeld pointed out, the comedy often relies on a simple preliminary question: “What is worse than when your wife is a bad cook?” Well, filmmakers of the first 20 years of film history did not run out of answers and one would find it difficult to decide which is actually worst: to set fire to the kitchen while inundating the house (Victoire à ses nerfs/ A Nervous Kitchen Maid, Pathé Frères, FR, 1907), bake involuntary lethal biscuits and feed them to your husband and his colleagues (Her first biscuits, D.W Griffith, US, 1909), blowing up the entire building and the cook with it (The Finish of Bridget McKeen, Edwin S. Porter, US, 1901) or to bring, on a misunderstanding, the entirety of Noah’s Ark into the home (Een Dierenvfriend/Animal Lover, Pathé-Comica, FR, 1912?). The gem of the series was Segundo de Chomón’s Le rêve des marmitons (Pathé Frères, FR, 1908) where a cross-dressed leprechaun puts the whole kitchen of a castle to sleep, sections hands of the cooks with an oversize knife and then let the disembodied hands prepare the food and weave baskets while flies are drawing caricatures on the bald head of one of the cooks. The surrealist atmosphere and uncanny violence of this short trick-film   condenses what is at the center of every single short presented in the program (and which goes beyond the kitchen): the disembodiment works as a symptom of the destruction and chaos brought to the domestic scene. The violence brought by the “nasty women” often results in the demolition of the domestic spaces and Hennefeld suggests that it represents a form of revolt against the gendered norms of household labor. Each program is accompanied by insightful introductory notes, and a comprehensive description of the program can be found on Le Giornate Del Cinema Muto online program. 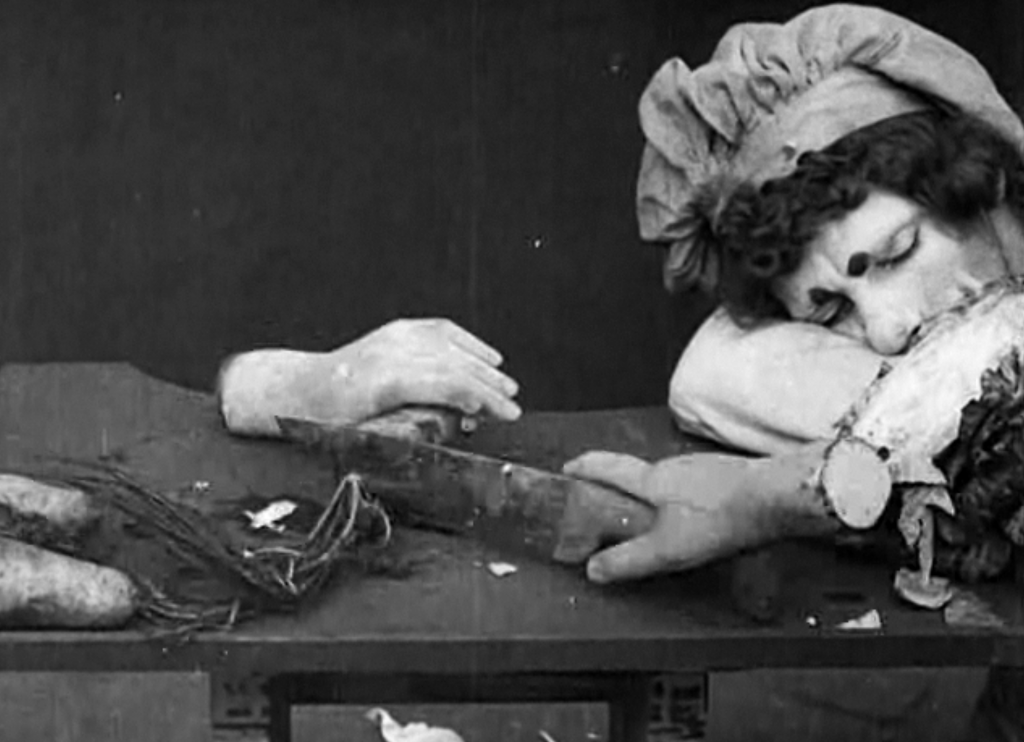 Few female directors are represented in the program (only one film attributed to Alice Guy) yet lots of films, and, most famously, the Cunégonde series remains unattributed. The curators chose to put the emphasis on women driving the action inside the frame, and pay tribute to popular actresses, dedicating an entire program to Léontine, known in the US as Betty, a Pathé Frères actress who sadly remains unidentified. Outside of the “Nasty Women” program, the festival dedicated a series to another major figure of silent cinema also in need of reassessment, Pola Negri. As director of the festival Jay Weissberg pointed out, Negri has often been considered as a “femme fatale” or “temptress” – her talent being overshadowed by the star system once the actress moved to Hollywood.3 The three films chosen for the series concentrated on the actress’ early career in Germany and were a good example of the depth of her talent. In each film, Negri is cast in a leading female role: the flamboyant Carmen in Ernst Lubitsch’s Gypsy Love (Carmen, DE 1918), a brilliant medical student, forced to prostitute to legitimately stay and find lodging as a young Jewish woman in St Petersburg in The Devil’s Pawn (Der Gelbe Schein, Victor Janson, Eugen Illés, DE 1918) and a cigarette factory worker who sacrifices her life and dancer’s career for the love of her husband in Mania. The Story of a Cigarette Factory Worker (Mania. Die Geschichete Einer Zigarettenarbeiterin, Eugen Illés, DE 1918). Negri’s poignancy in each individual film mesmerized the audience in Pordenone, as much as it did in 1918 in launching her stardom. With the “Nasty Women” program, both film series presented last October in Pordenone were a tribute to these women but also to the scholarship reassessing their role in the film industry in every age of silent cinema. The hope is that it inspired many, as much remains to be done.