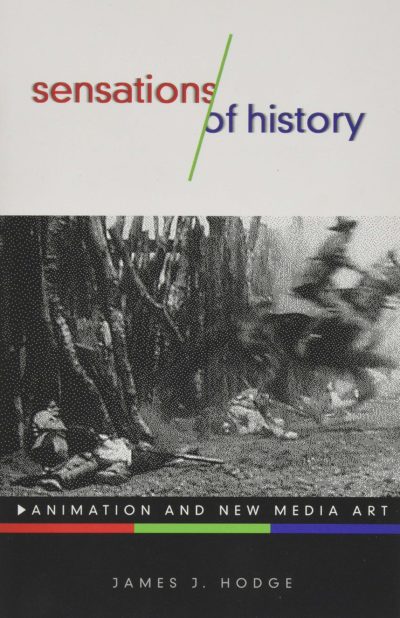 The task of “pulling back the curtains” on computational technology has been one stated major objective of media studies for the last 30-odd years, whether it has attended to revealing the invisible “below” of computational infrastructure, drawn media archaeological notice to the material constraints of hardware, or assessed the systematic and protocological construction of software. Nevertheless, the fact remains that much of the processual operation of computation—e.g., electronic circuitry, network communication, executable code—remains opaque, at best, to human sensation and experience. One cannot be said to perceive, per se, the operations of an integrated circuit like a Graphics Processing Unit (GPU). Developing a language for describing the experience of computation is therefore difficult, and scholars and the public alike have frequently made recourse to the kinds of simplified binaries—digital or analogue, online or off, embodied or virtual—that confuse more than they explain. More troublingly, this language has fed into cultural assumptions about a Western “end of history” that assume outright that the experience of computation evades historical method and meaning.1

It is with these problems in mind, then, that James J. Hodge, in Sensations of History: Animation and New Media Art (2019), joins a growing number of scholars investigating the inhuman aesthetics of computation. What can be called the sensible or felt experience of computation? And, perhaps more provocatively, what does it mean to describe the experience of computational processes that are demonstrably not for us?

Hodge’s answer is simple. The technical opacity of digital machines is undeniable, and this “felt sense of computers operating beyond human sense and cognition” (2) inarguably renders our experience of them opaque too. And yet, in spite of the simplicity of this argument, its consequences are profound, for it resists the common phenomenological (and perhaps also poststructuralist) refrain that experience requires conscious and intentional sensation and cognition of a transparently observable world in order to actually say anything meaningful about it. But rather than suggesting that experience is beholden, like a marionette, to the technical logics of hardware and software, or that historical experience is tainted (if not entirely abrogated) by the inhuman inscription processes of digital computers, Hodge instead argues that historical experience must be addressed through its technological conditions of possibility, and vice versa. What this argument ultimately calls for, then, is an antinomic commitment to sensing the insensible by asking how the “not for us” appears for us.

Of course, assessing the sensation of the insensible is arguably precisely the commitment of a philosophy of history, which has traditionally concerned itself with the medium of writing, or the intentional reactivation of erstwhile experience via inscription or narration.2 To wit, since computational alterity obscures inscription—code executes itself at a level beyond our faculties of perception, and even when we do observe the performance of thousands (if not millions) of lines of code in, say, an integrated development environment, it cannot easily be said that what we observe is meaningful—it has been typical to suggest, in academe and elsewhere, that computation is ahistorical. The first and second chapters challenge this theoretical premise, not by feverishly searching for evidence of digital narration, but by proposing an alternative in computational animation, which Hodge calls “a field of aesthetic forms based on the perception of absent causes” (1). In a computational world where integrated circuitry or machinic code are not perceptible in action, the screen—and everything that appears on it—is, for Hodge, one kind of animation, which “renders phenomenal the operation of digital media in their operationality, obscurity, and apparent independence from direct human experience” (32). But animation is not only relegated to the typical visual register of CGI or gifs, the dancing application icons on our screens, or the endless webapps that writhe and contort to enliven (and also distract us from) our daily data entries. Hodge instead expands a definition of animation to include—in terms of the perception of absent causes—computation writ large: one might think here of the latent network connections of “always-on computing” that emerge to poke us when they lag (think the real-time Zoom audio that comes before the video), or of the various “smart” devices, like Amazon’s Alexa, that “speak” unprompted, reminding us that they are always there and always listening.

The use of corporeal language here is deliberate, for it emphasizes the degree to which both the general breadth of computation, and the specific field of animation, are imbricated with human experience and sensation. By proffering a kind of barometer of contemporary experience in animation’s various aesthetic forms, Hodge follows recent moves in media studies that depart from more traditional conceptions of computers as media objects, treating them instead as media environments with indeterminate and at least partially asubjective relations to human experience and temporality. Computers are, he writes, a kind of “atmospheric media,” for they are “no longer primarily visual,” but instead “now privilege sensation itself, a more general, peripheral, and diffuse arena of embodied experience beyond the discrete modality of any of the traditional five perceptual senses” (143). Computers are simply there, alongside us, and the nebulous relations of their operations to our own awareness deserve the kind of scrutiny that avoids assigning a deterministic primacy to either the cultural or the technological.

To make these arguments, Hodge draws extensively on new media art from the 1990s and early 2000s for their literal, formal, and allegorical engagements with a variegated conception of animation. These include wide-ranging discussions of the work of Cory Arcangel, Barbara Lattanzi, and Ken Jacobs, to name a few, but it is Hodge’s extended analysis of John F. Simon Jr.’s net artwork Every Icon—a constantly running net artwork, rendered in a Java applet, that endeavours to show every possible icon in a black-and-white 32×32 grid, and will, by virtue of its permutations, take several trillion years to complete every possible configuration—that shines for its ability to collide the alterity of computation with its experience in the field of animation. Elsewhere, Hodge more occasionally investigates mundane ephemera like the game Cookie Clicker, or your computer’s progress bar, which are treated less as bounded objects or artefacts, than as sensible animations of an underlying insensible environment.

Hodge’s analysis is profound, not only because it decisively counters the assumption that digital computation is ahistorical or, more provocatively, because it suggests that contemporary historical work is incomplete until it is media historical work, but because it perspicuously demonstrates just how generative studying the experience of computation can and should be. Hodge provides a cogent methodology for this analysis, one that might usefully be paired with other recent scholarship like, for example, Sianne Ngai’s work on “minor aesthetics,” Shane Denson’s investigation of “discorrelated images,” or André Brock Jr.’s analysis of Black cybercultures and normative internet use. To that end, departing from Hodge’s emphasis on new media art, it is the mundane, generic forms of contemporary experience that, to my mind, merit exigent future work in this field—whether focusing, say, on the thoroughly environmental immersiveness of a televisual platform like TikTok, or on the computational techniques that seek to “return” computation to a sensorial for us, whether in the form of noise-cancelling headphones, anti-anxiety musical playlists, or so-called “AI” assistants. Ultimately, then, Hodge provides a detailed roadmap for future scholarship, not only on history and “new” media, but also and more generally on the complex intersections of computational processes and human experiences.