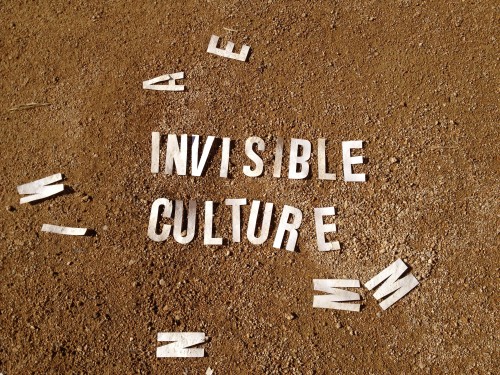 The Perez Art Museum of Miami (PAMM) opened to the public in December with two inaugural shows. One is Ai Wei Wei’s expansive “According to What?” which features pieces slightly the worse for wear after a blockbuster 2012-13 North American tour (the 3,000 piled ceramic river crabs that make up He Xie are a short a few legs since I saw them in Toronto in August). The other is “The Craft of Modernity,” a solo show of paintings and ceramics by twentieth century Cuban artist Amelia Peláez. It features both important, beautiful art, and curation gone horribly wrong.

But before I get to that, let me say that almost everything else about PAMM is so right. Its Herzog and de Meuron-designed building is both innovative and inviting, a set of textured wood and concrete planes perched on the edge of Biscayne Bay. The new museum is eager to introduce American visitors to the art of Latin America and the Caribbean. Its fledgling permanent collection includes a few stray (though lovely) works by Rauschenberg, Johns, and Lichtenstein, but its real heft is in gallery after gallery of work by artists from Argentina, Chile, Brazil, Mexico, and of course, Cuba. For museumgoers whose working knowledge of art has been formed in the collections of the MOMA or National Gallery, the Perez offers an entry point into traditions that are only starting to find their rightful places in the American public’s understanding of modern and contemporary art. Uninitiated visitors find themselves leaving with scraps of paper scribbled with the names of newly discovered favorites to go home and Google: Leandro Katz, Hew Locke, Adrian Esparza.

Female artists are also given their due, particularly in Perez-commissioned works by Julia Dault, Yael Bartana, and Monica Sosnowska. Sosnowska’s Market, a one-ton sculpture of mangled green metal stalls, dangles from the ceiling of the double-height Anchor Gallery, imparting a dual sense of danger and lightness (especially while one is standing directly beneath it).

In the midst of all of this, “The Craft of Modernity” is tucked into a small corner of the second floor. But Peláez’s work demands your full attention. Her paintings leap off the walls in an explosion of color and movement. Techniques made familiar by Picasso, Braque, and Leger (at whose Paris Academie Contemporain she studied from 1931-331) are here applied to Cuban subjects – hibiscus, coffee drinkers, and the baroque architecture of Havana. Both light and shadow are expressed in oranges, purples, and blues. Her economy of line, and the character it brings to still lifes and portraits, is reminiscent of Matisse at his best. For viewers without prior exposure, this encounter with Peláez’s work is electrifying.

This essential thesis of the show is this: Amelia Peláez, painting at a time when modernization was changing the character of Havana, applied her modernist style to craft and Cuban life within the home. “This exhibition,” says the introductory text in the gallery entranceway, “considers this seeming contradiction by exploring the artist’s conceptual relationship with artisanship – the practice of making things by hand – from a social, historical perspective.” The handmade objects depicted in paintings are meticulously inventoried, most notably lace, iron grills, and furniture. Ceramics are related to Cuban coffee traditions. Also included are historical artifacts of Cuban femininity such as ladies’ magazines, a book on Cuban industrial arts, and period photographs.

The problems begin here. Some of this historical ephemera bears a direct connection to Peláez’s work, for example a real-life version of the electrified sewing machine which is featured in her series depicting costumeras, Cuban home seamstresses. The Heywood Wakefield rocking chair on a platform at the exhibition’s center shows up on the wall in a 1946 self-portrait. For the casual observer, however, other pieces seem connected to the artist only by the coincidence of their relation to women, any women, from her time period. One case bafflingly displays, with little comment, photographs of unidentified women in sitting rooms, accompanied by a 1930 General Electric advertisement for the “modern kitchen”.  Another contains an advertisement for a lace store from 1900, the year Amelia Peláez turned four. In a quote blown up on a back wall, Peláez says, “Despite the fact that I was properly educated regarding [how to be a lady] and in that I always had my mother’s magnificent example in view, it has never been my intention to be a lady or a good housewife.” Are we supposed to see Peláez as part of a trend of modern women, using the free time provided by their efficient GE kitchens to paint?

The curation is most egregious in its formal descriptions. Techniques that any first year art history student would be able to identify as central to the history of Modernism are discussed only as expressions of craft. In Naturaleza muerta (Still Life) (1931), a bowl of fruit is shown in angry reds against a black background, with scratches incised into heavy layers of paint by the back end of the paintbrush. Matisse famously used this technique in works like Portrait of Yvonne Landsberg (1914), in which thick, arching scratches frame his subject. In criticism of Matisse, these scratches are discussed as revealing the canvas and breaking the spell of representation.2 Here, however, the curators explain that, “Peláez employed a technique that made the hand-crafted aspect of her paintings unmistakable.” Leaving aside how a painting could be anything other than hand-crafted, the language of this label corrals Peláez’s work in it’s own separate artisanal pen, unable to carry on the conversation with Matisse that it clearly wants to have.

Several still lifes in which the subjects are laid out on a draped cloth are explained in similarly problematic ways. Marañones (Cashews) (1939-40) screams its relationship to Cezanne. Its white cloth, which bridges the space between the plane of the painting and the observer, and the artist’s use of slightly disjointed linear perspectives, should be giant illuminated arrows pointing back at works like Still Life with Apples (1898). The curators of “The Craft of Modernity” pick up on the play between canvas and representation, writing that the cloth “simultaneously supports and frames the still life, while sharing the same spatial plane as the canvas, conflating the artistic imagery (the tablecloth) with the material on which it is rendered (the canvas).” But instead of recognizing this interest as one of the foundational characteristics of Modernism, it is isolated, purely a function of Peláez’s solitary formal experimentation.

Peláez created a large body of ceramics, and the show includes a selection ranging from simple saucers to large, intricately glazed vases and pitchers. The pieces are sculptural, exploring how lines can be manipulated across curved forms. One particularly clever espresso set is painted so that when the cups and saucers are combined, they reconstitute the simple faces sketched on the flatter planes of the saucers. “Peláez’s fusion of craft and art is manifested most literally in her ceramic production,” writes the accompanying placard. “Alongside the richly textured tablecloths and baskets of fruit that appear in her paintings, these objects typify the accouterments that a Cuban hostess might lay out to welcome guests.” Picasso, Braque, and Leger, among many other male artists, worked in ceramics in the early 20th century. It is difficult to imagine their work explained as explorations of the role of the hostess.

The effect of this curation is to silence Amelia Peláez. The implication of the array of photos of her unnamed contemporaries is that she could have been any one of them. The narrow interpretation of her work, ignoring its obvious relationships to the tradition in which she trained, renders whatever hangs on the wall next to the placard irrelevent. In their single-minded determination to tell the story of women in early twentieth century Havana, the curators have written Peláez out of it.

I am not a scholar of Cuban art, and I am in no position to evaluate whether the socio-historical and biographical claims of this show are accurate. Instead, I am troubled by the effect of taking an undeservedly little-known female artist, and introducing broad audiences to her as identified with feminine “craft”, while ignoring her place in the larger tradition of Modernism in which she so clearly places herself. In 1987, Ms. Magazine observed, “[Female] artists are caught in a double bind. Damned if they do enter the collection, and damned if they don’t.”3 It seems that little has changed. I have no doubt that the curators, one of them a woman, had nothing but the best intentions. But rather than opening the narrative of art history to include Amelia Peláez, they have placed her firmly outside it, excluding her even while her work is shown at the heart of a major museum.

Undergraduate in Religion, University of Rochester