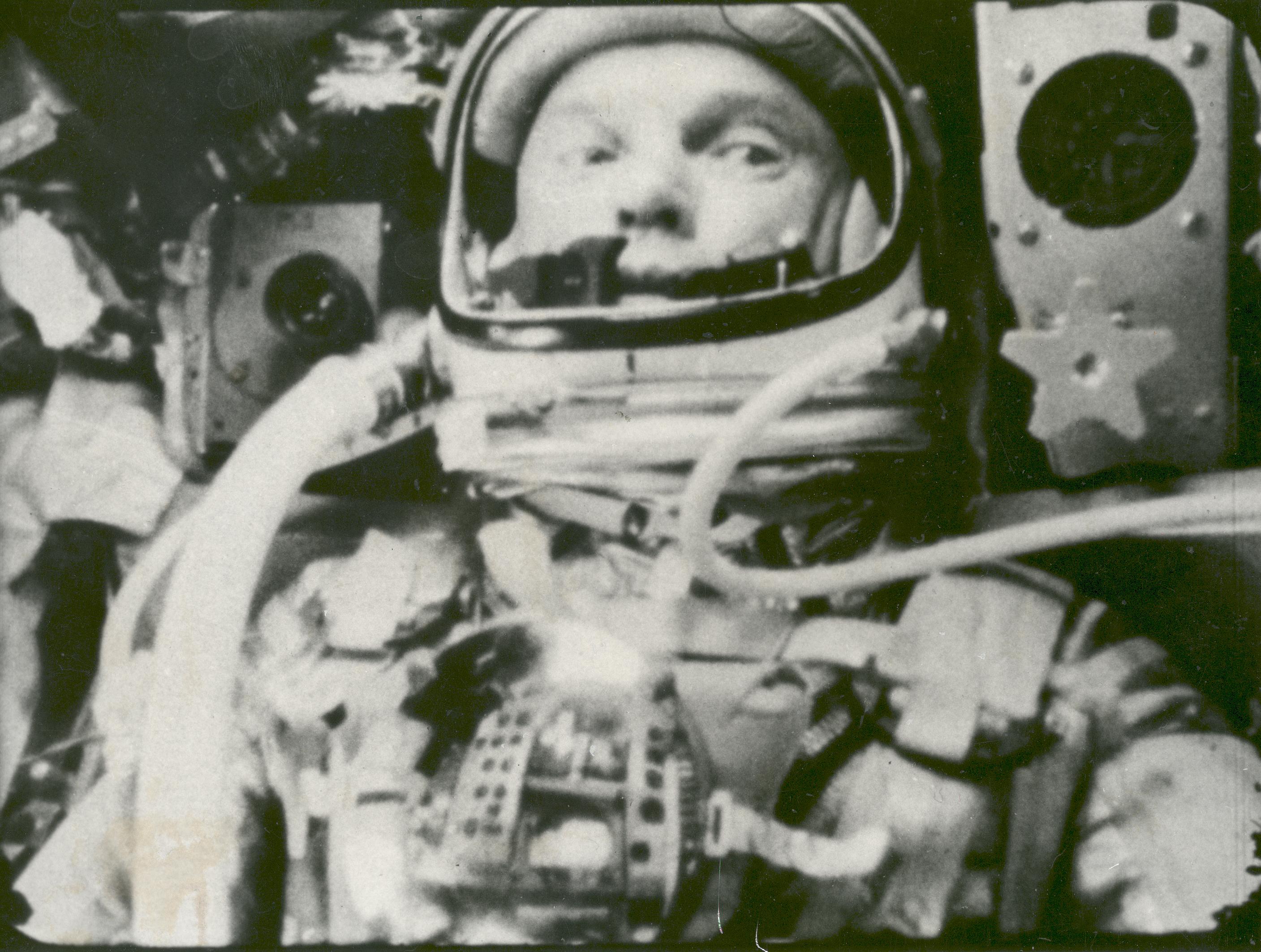 For its nineteenth issue, InVisible Culture presents articles, artworks, and reviews under the thematic framework of “Blind Spots.” Each of the pieces contained within this issue address various “spots” or points of blindness. These range from the actual experiences of non-sighted people to the instability of vision itself, from blindness as a symptom or function of artistic and political representation to how technologies of enhanced sight structure visuality. Advancements in visualizing technologies have de-centered vision from the eye to the extent that the organ itself faces a kind of obsolescence. And yet, how might the blindness of the eye—its “ability” to falter—assist us in thinking about these new and complex modes of vision? In what ways can sensorial limits be understood as horizons of possibility? What fresh insights might a critical examination of past discourses on technological vision and blindness offer to our current understanding of contemporary technologies of augmented vision?

The contributors to this issue address these questions and many others through a variety of means: peer-reviewed scholarly articles; formal reviews of recent notable books, films, or exhibitions; two special contributions by leading scholars in philosophy and disability studies; and electronic exhibitions of two artists’ work. “Blind Spots” is also the inaugural offering of InVisible Culture‘s new editorial model, wherein theme-driven issues are ideated and produced collaboratively by an editorial board—a departure from the previous guest editor system. In the spirit of continued collaboration, we welcome you as readers of this particularly varied and rich issue of our journal, and enthusiastically invite your comments and feedback as a means of extending the frames of this conversation around visuality and its blind spots.

Hiltrud Aliber (von Seydlitz) has a background in the practice and teaching of ceramics, but has always wanted to draw. She was born in the 60’s in Johannesburg, South Africa, which she still calls her home. Her first solo exhibition was held at Spaza Gallery in October 2012.

Leonie Cooper is a Lecturer in the Art History and Theory, Faculty of Art, Design and Architecture (MADA), Monash University. Her research focuses on the intersection between screen media, digital technologies and science fiction. Her PhD developed the astronaut as a heuristic tool to question transitions in science fiction film, theme parks and virtual worlds, and she has since addressed these topics in a number of publications and has presented on them at international conferences.

Alexander García Düttmann is Professor of Aesthetics at the Universität der Künste in Berlin. He is the author of Between Cultures (Verso, 2000), Philosophy of Exaggeration (Continuum, 2007), and Visconti: Insights into Flesh and Blood (Stanford, 2008), among others. His latest publications include “Participation: Consciousness of Semblance” (Konstanz University Press 2011) and “Naive Art: An Essay on Happiness” (August Verlag 2012). In preparation: “The Birth of an Eye: Art and Philosophy”.

Taisuke Edamura is a PhD candidate in the School of Philosophy and Art History at the University of Essex, specializing in contemporary art, theory, and visual culture. His thesis explores the distinctive use of glass in contemporary art to reconsider the critical potential of the material beyond conceptions of its transparency.

David Fresko is a PhD candidate in the Department of Art & Art History at Stanford University. He is currently completing a dissertation entitled “Montage-Praxis-Politics,” which examines the relationship between French and American political filmmakers during the 1960s and 1970s. His writing has previously appeared in animation: an interdisciplinary journal.

Trevor Hoag is Assistant Professor of English at Christopher Newport University in Newport News, Virginia, where his research and teaching interests include rhetorical theory, digital media, and continental philosophy, particularly where these fields investigate memory and social movements. He earned his PhD in English/Rhetoric from the University of Texas at Austin (2013), and his M.A. in philosophy from Ohio University (2007). His book in progress, Occupying Memory: Rhetorical Studies for the 99%, analyzes the rhetorical production of memory as it occurs within the context of contemporary activist cultures. His work also appears in Currents in Electronic Literacy.

Carolyn Kane is a video and electronic artist whose work has been shown in the U.S., Canada and Europe. Her work is concerned with issues of affect, perception, and new technologies. Carolyn teaches at Hunter College (CUNY) and is currently completing her book Chromatic Algorithms: Synthetic Color, Computer Art, and Aesthetics after Code (in contract with the University of Chicago Press).

Georgina Kleege teaches creative writing and disability studies at the University of California, Berkeley.  Her recent books include: Sight Unseen (Yale University Press, 1999) and Blind Rage: Letters to Helen Keller (Gallaudet University Press, 2006).  Kleege’s current work is concerned with blindness and visual art: how blindness is represented in art, how blindness affects the lives of visual artists, how museums can make visual art accessible to people who are blind and visually impaired. She has lectured and served as consultant to art institutions around the world including the Metropolitan Museum of Art in New York and the Tate Modern in London.

Safiya Noble is Assistant Professor in the Department of Media and Cinema Studies, Institute of Communications Research at University of Illinois at Urbana-Champaign. She is also a Faculty Affiliate at National Center for Supercomputing Applications, Graduate School of Library & Information Science, and the Department of Gender & Women’s Studies and the Center for Writing Studies.

Beate Ochsner is Professor for Media Studies at the University of Konstanz since 2008. She has a Phd in French and Media Studies from the University of Mannheim where she worked for several years as a research assistant. In her habilitation thesis she analyzed representations of the monster and monstrosity in literature, film, and photography (2009). Her main research interests are media aesthetics, media theory, intermediality, hybridization, visual culture, disability studies, new German film, monsters, and monstrosity.

Christopher Schaberg  is assistant professor of English & Environment at Loyola University New Orleans, and author of The Textual Life of Airports. With Ian Bogost, he is co-editor of a new book and essay series called Object Lessons

Vanessa Meikle Schulman is an Assistant Professor of art history at Illinois State University, where she specializes in the art and visual culture of the United States. She received her PhD in Visual Studies from the University of California, Irvine, in 2010. She recently completed a book manuscript on nineteenth-century depictions of industry and technology in the U. S. and is working on a new book project about epistemological uncertainty in the literature and visual culture of the American Civil War.

Robert Stock is a research assistant at the University of Konstanz where he coordinates the research initiative “Participation and Media”. He holds a Master Degree in Cultural Anthropology from the Humboldt-University of Berlin. In his dissertation at the International Graduate Centre for the Study of Culture (Gießen) he analyzes postcolonial memory politics in documentary films from Mozambique and Portugal. His main research interests are media studies, visual culture, disability studies, and postcolonial studies.

Anya Ventura is the Arts Research Writer for MIT’s Center for Art, Science & Technology. She became interested in outer space while working as the Research Coordinator for the artist Trevor Paglen’s project, The Last Pictures, a collection of images now orbiting the earth via satellite. She has an MA from Brown University in the Public Humanities. More on her work is available at http://cargocollective.com/anyaventura.