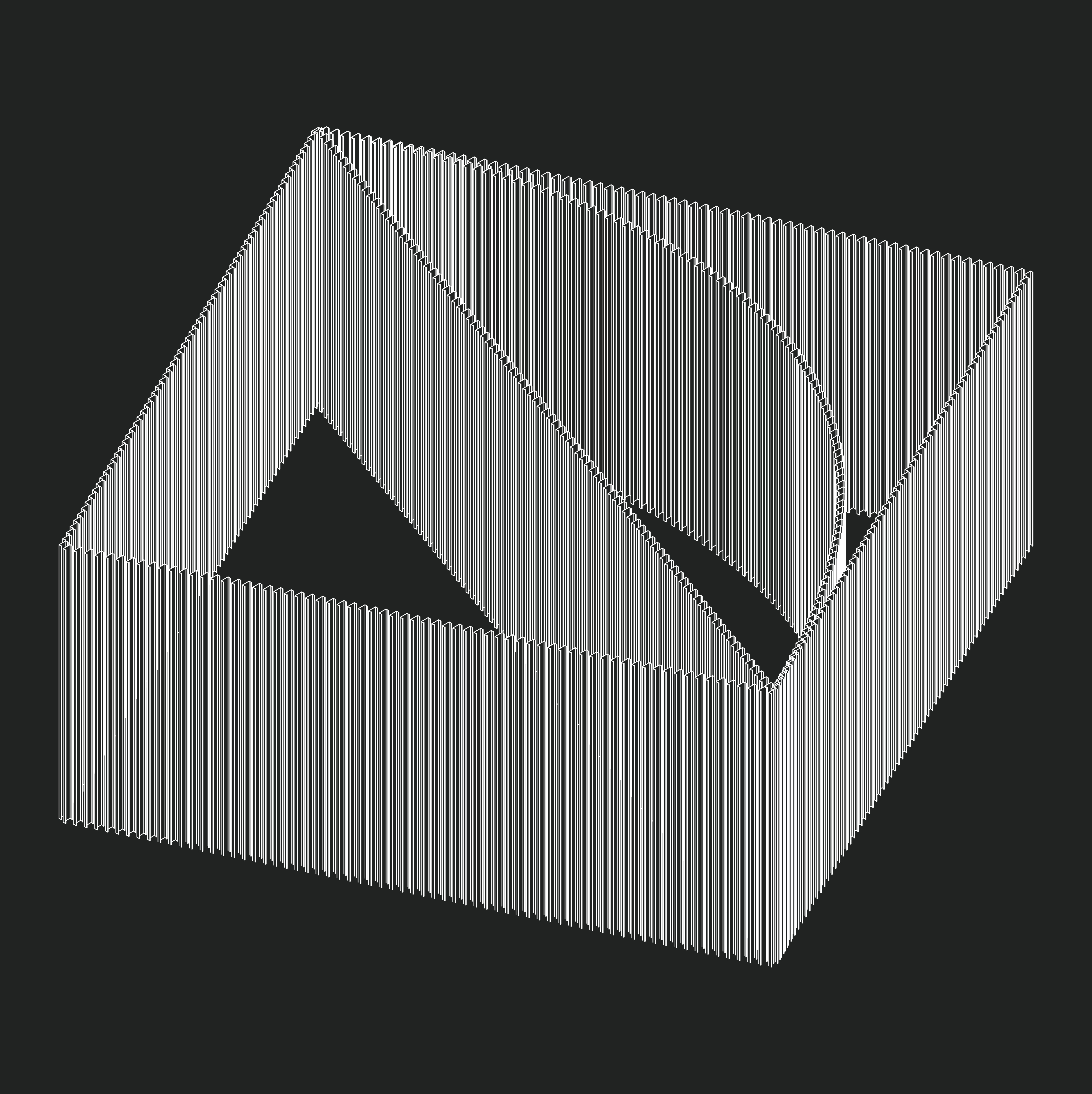 “Significant economic growth has taken place and productive forces have expanded (technology, the destructive control of nature) without disturbing the social relationships of production. […] Development hasn’t kept pace across the board. And this results in the magnitude of the inequality of growth and development.”1

Written in 1968, Henri Lefebvre’s observation foreshadows the consumption of the urban commons under present-day globalization, in which growth accelerates in disproportionate relationship to equality. Within today’s pandemic of gentrification, the urban economy undergoes a kind of standardized resuscitation in which developers perform facelifts and apply repeatable spatial formulas with successful track records – all to the effect that places becomes non-places and, more troubling, these non-places become places. This kind of development, a commodified and seemingly homogenized spatial condition produced by capital, or what Lefebvre called abstract space, seems almost modernist as a normative mode of urban development, yet emblematic of our present neoliberal moment. It was modernism, after all, that presented the universalist goals that embraced industrialization and standardization. As Marion Von Osten observes, modernism created “the global language and appearance sufficient to suggest a common trajectory shared by globalized cities today.”2 However, although this condition is seemingly homogenous, it also produces its other: a non-egalitarian urbanism.

This kind of urbanism is iterated in a variety of architectural typologies throughout the city landscape. For instance, the unfinished luxury tower indexes a current rhythm of capitalist time and the city’s financial health. The promise offered by the luxury tower exceeds its two-dimensional blueprint and becomes the organizing force for surrounding future development, economic influx, and a conduit for the flows and investments of elite global capital. The all-too-common sight of a tower’s skeletal innards (with its studs, trusses, and concrete slabs) serves as a harbinger of a place’s shifting socioeconomic condition. To encounter these exposed, unfinished spaces from street level offers a voyeuristic glimpse into a soon-to-be private space—a moment of ante-customization and habitation. It is both a literal and phenomenal transparency3 that occurs before the cladding of surfaces, shaking of hands, and signing of leases. It is a screen of inclusion and exclusion, not unlike gated communities— here the gates are just less obvious.

Historically, screens have long been used to partition private property and designate symbolic barriers. As liminal elements, they demarcate a sacred threshold, whether between the realm of the private and the public, the living and the dead, or the pure and impure.4 As urbanist Keller Easterling notes, “…physical objects in spatial arrangements, however static, also possess an agency that resides in relative position.”5 The architectural screen is an object that possesses such agency. Yet beyond the realm of decoration or spiritual speculation, we might consider the screen as a political form, an active form6 that negotiates the highly charged boundaries of inclusion and exclusion, a form that influences social relations in the most fundamental sense. The screen triangulates these relations by existing between them. Screens disrupt the idea of continuous spatiality, orcommons, and create disproportioned enclosures that undermine the utopian ideal of a democratic open field system. The screen’s disposition then is one of distinction, whereby what it excludes defines it as much as what it includes.7

Engaging with our accelerated neoliberal moment at the threshold of this formal and architectural enclosure, these drawings aim to consider the hyper-development and commodification of urban space as a repeatable spatial condition. Following Marx, who writes that “private property rests altogether on partitioning […] turn and twist as it may”8, these drawings intend to consider the partition as a symbolic form that negotiates this relational curvature. These drawings employ a standardized design vernacular while simultaneously expanding the vernacular’s vocabulary toward exhaustive, accelerationist ends. They exist somewhere between the absurd and the realizable, the descriptive and the decorative, the generic and the customized, the representational and the abstract. The plans’ use of a maximal amount of standardized steel studs serves to expand conventional notions of architectural wall-framing practices, which often use a minimal amount of building materials in a conservative manner. Here, the presence of excess is used to provocative ends. The subtle variations in the studs’ alignments gesture towards a design characterized by inter-articulation in excess, a launching of standardization and customization into overdrive. These are figures without a ground, without a site—a parametric definition ready to be deployed anywhere. Using the figure of the steel stud as a repeating modular unit and signifier of hyper-development, the drawings ask: how can we conceive of a radically formalist critique of neoliberal space, urban homogeneity, and hegemonic power? 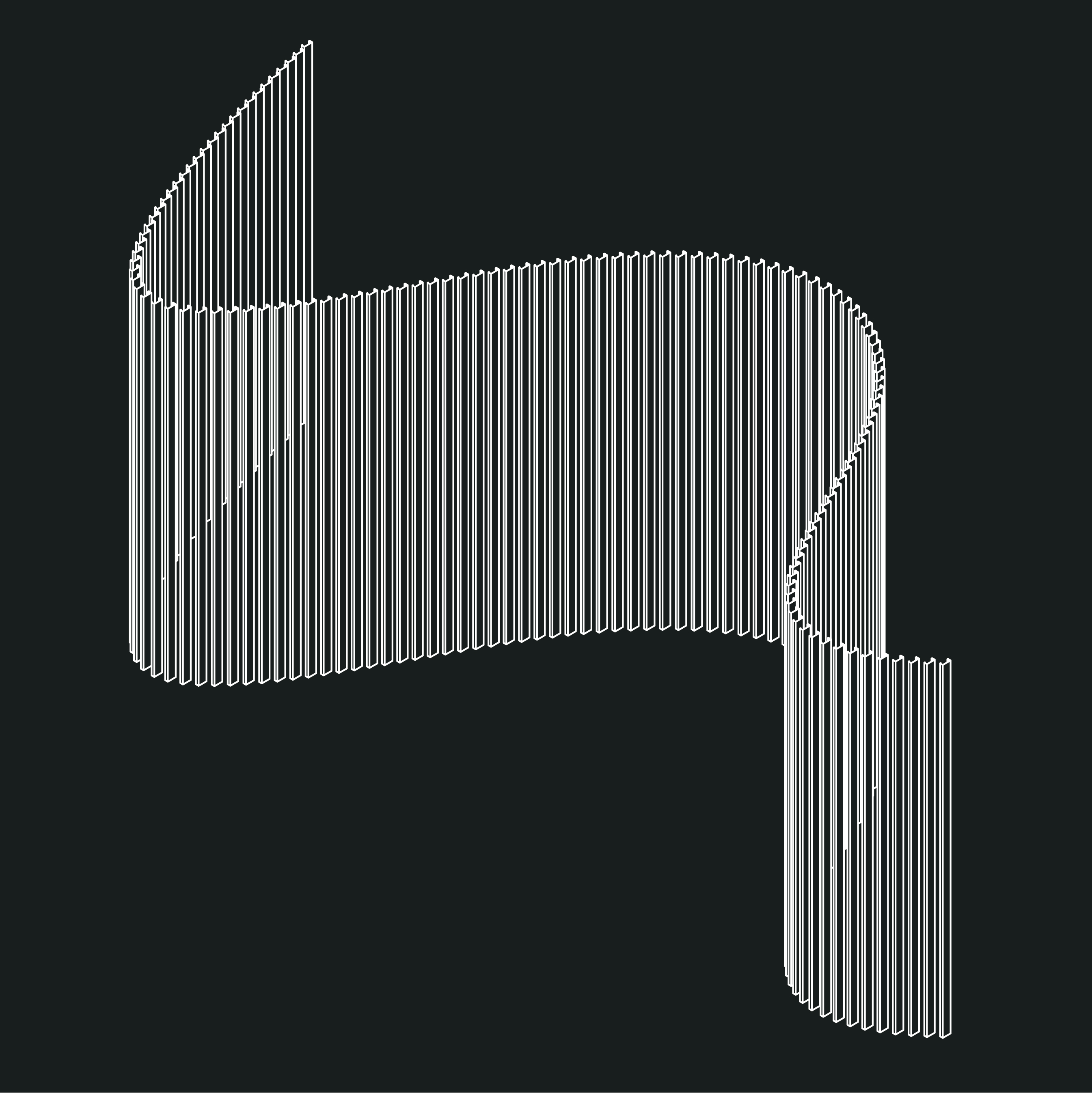 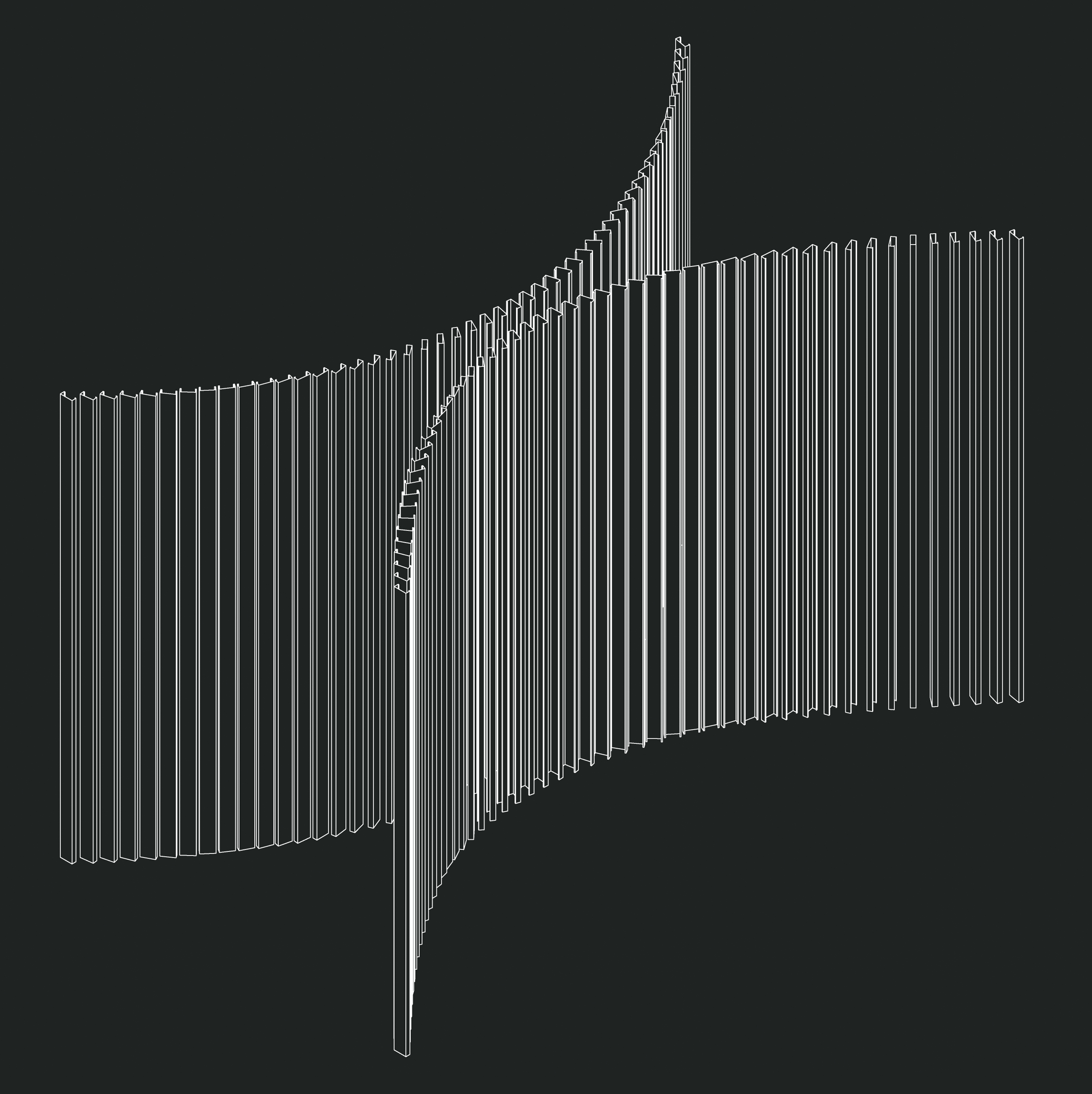 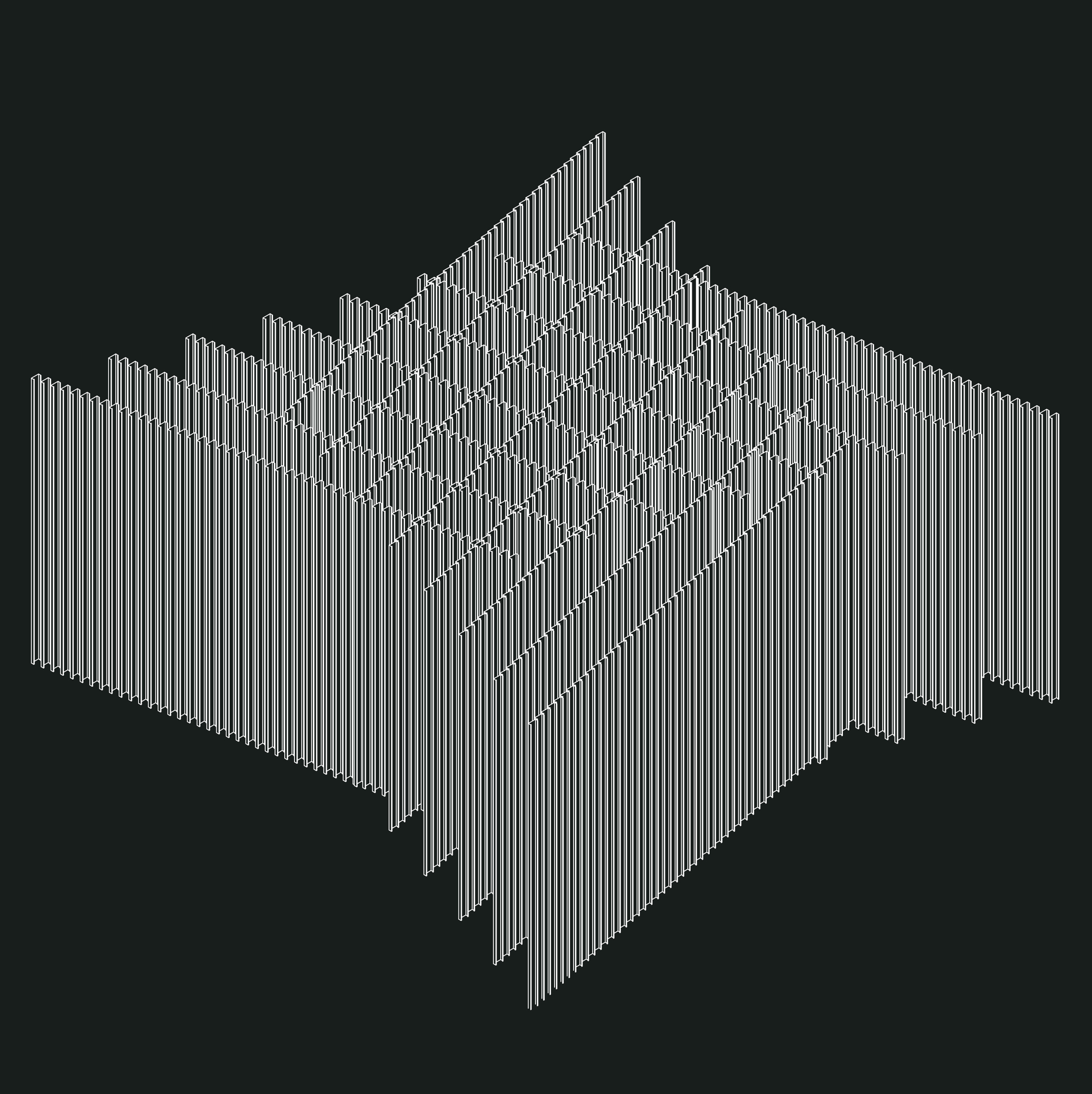 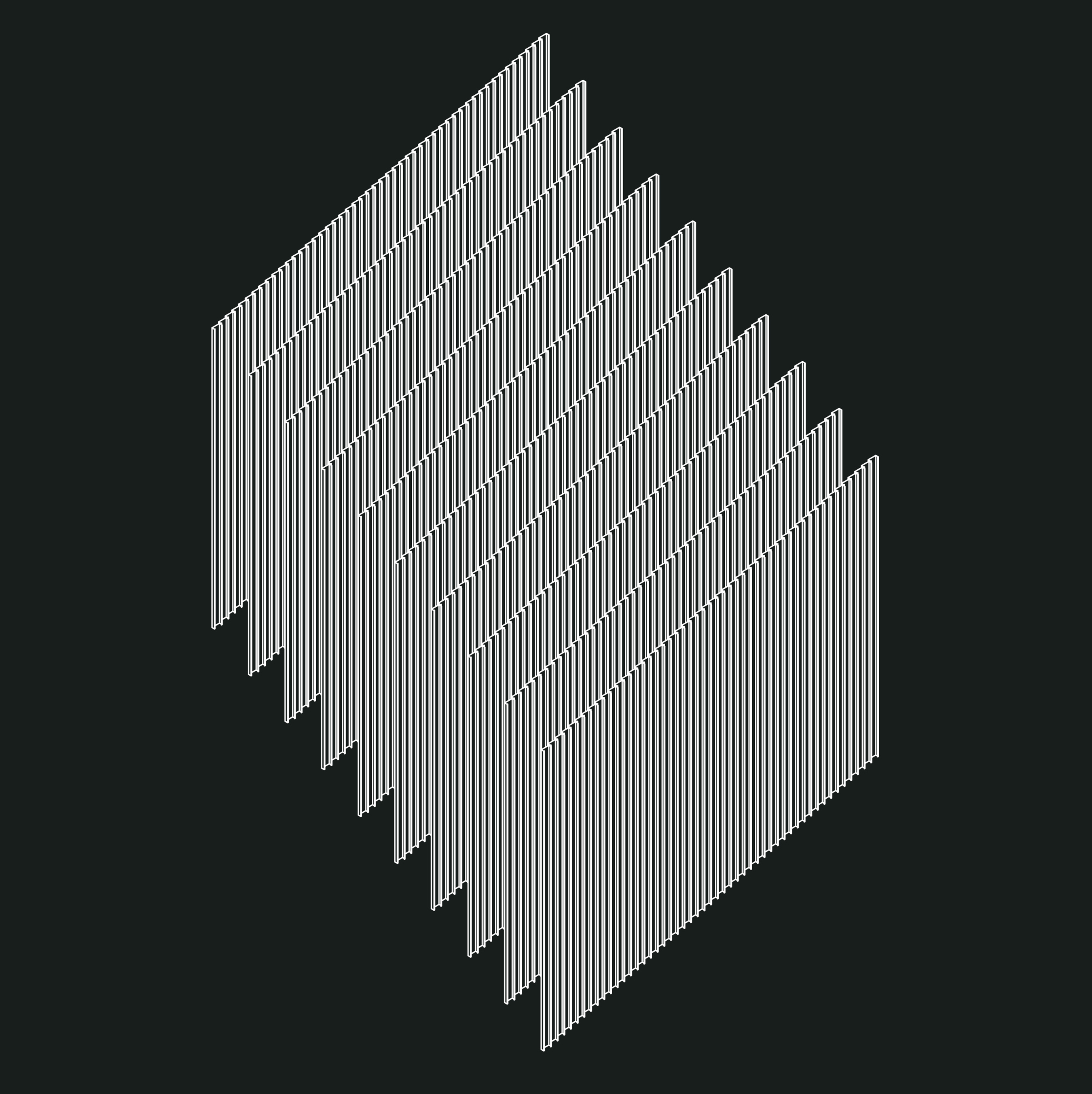 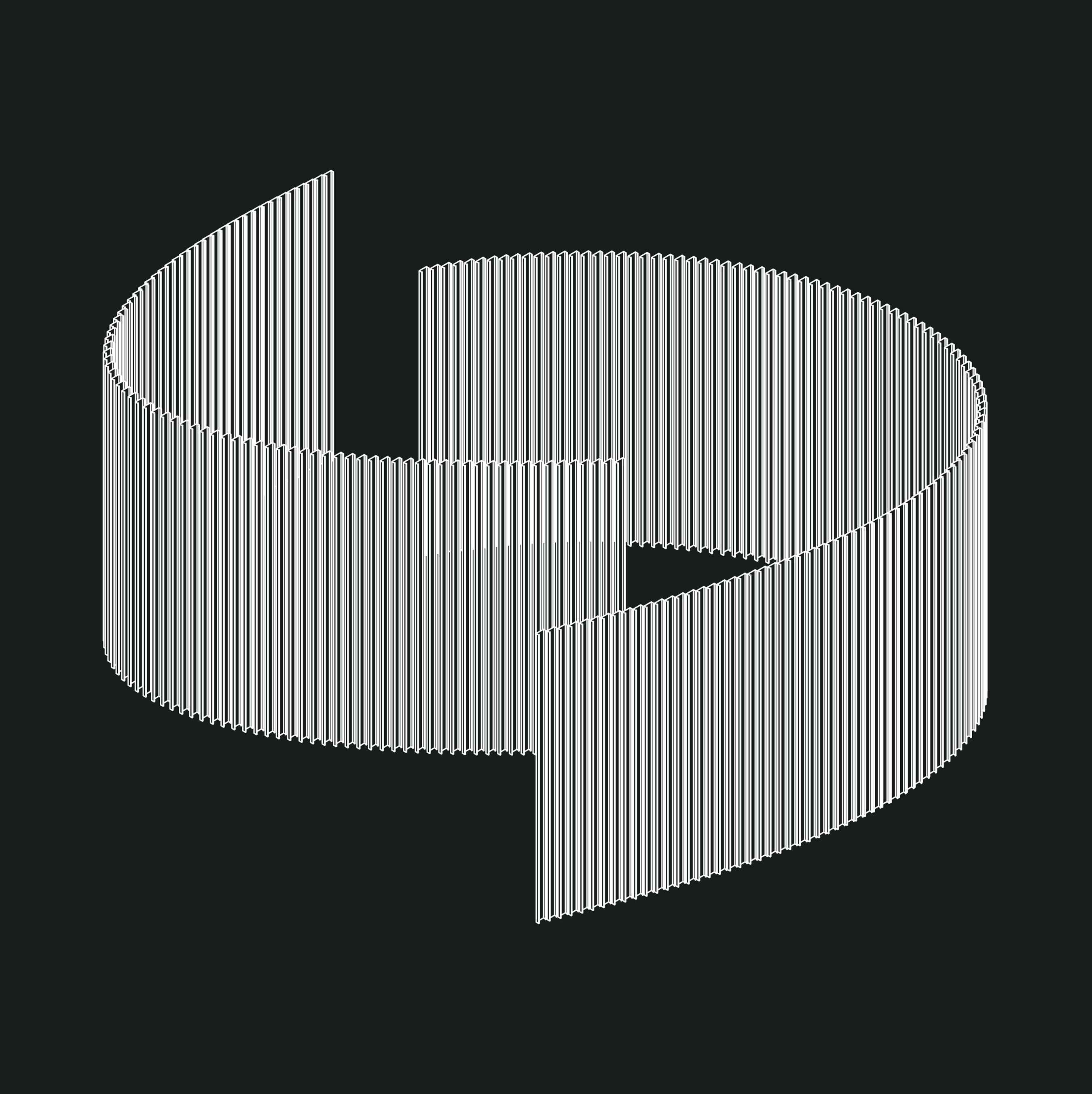 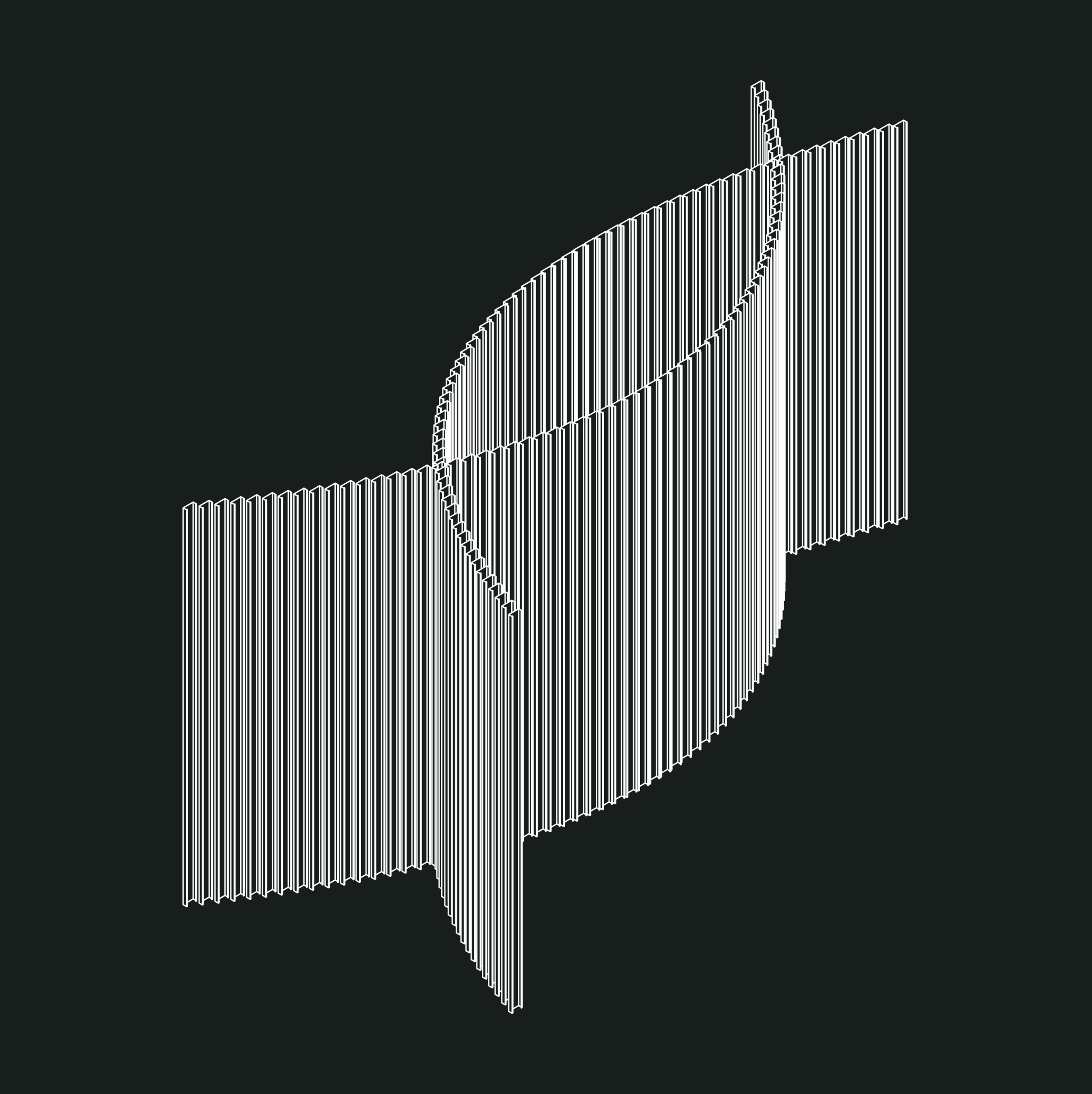 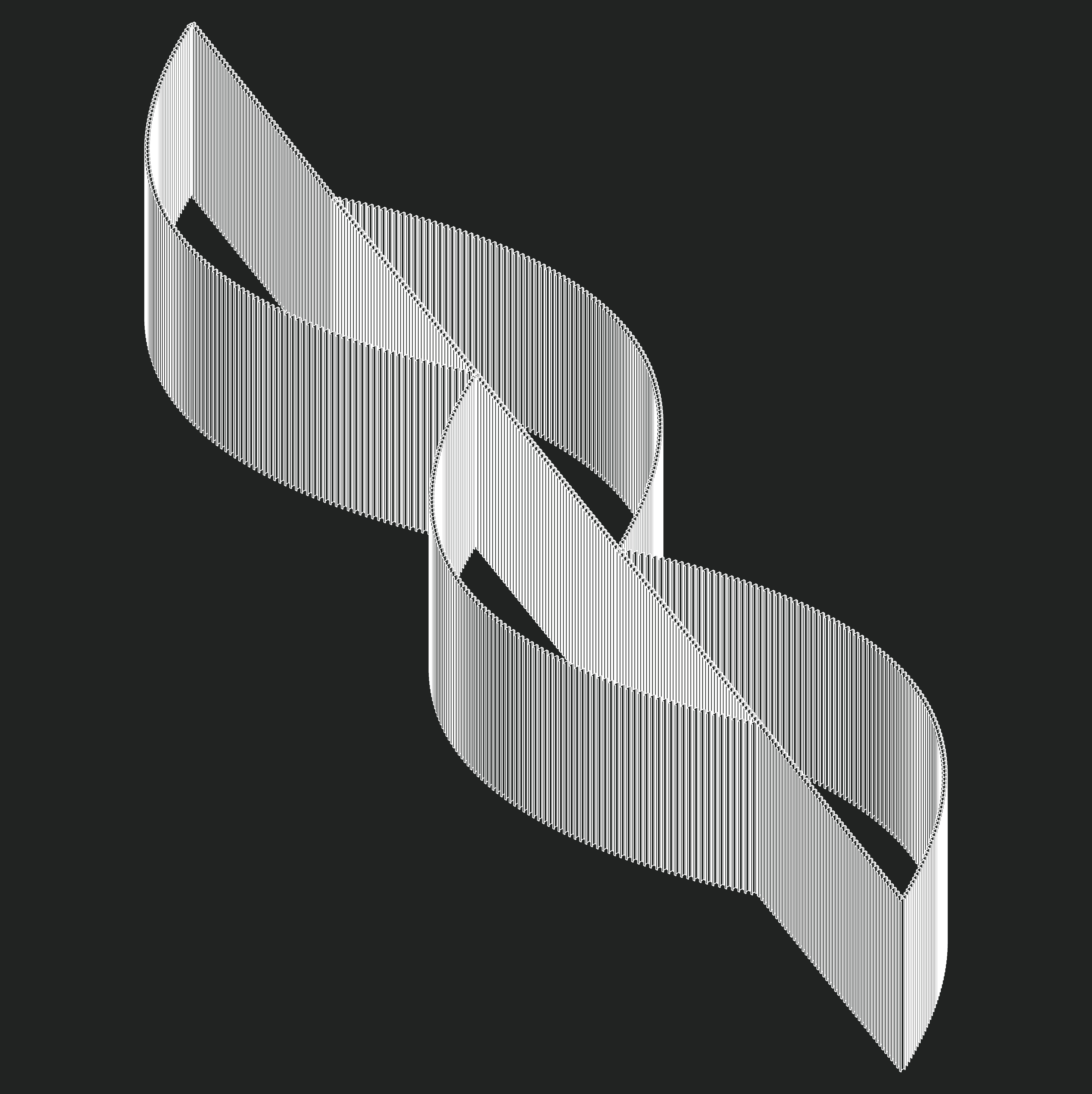 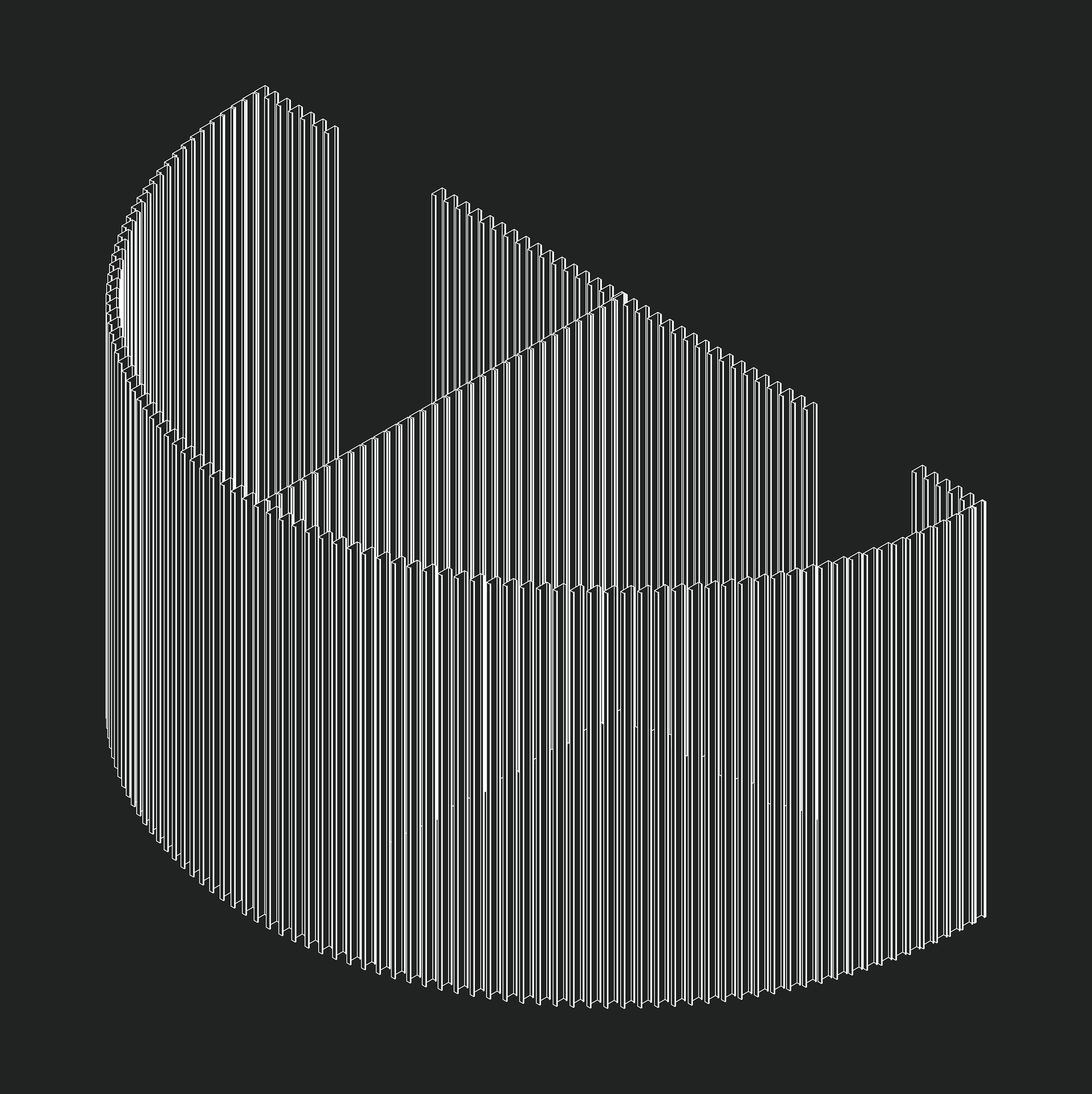 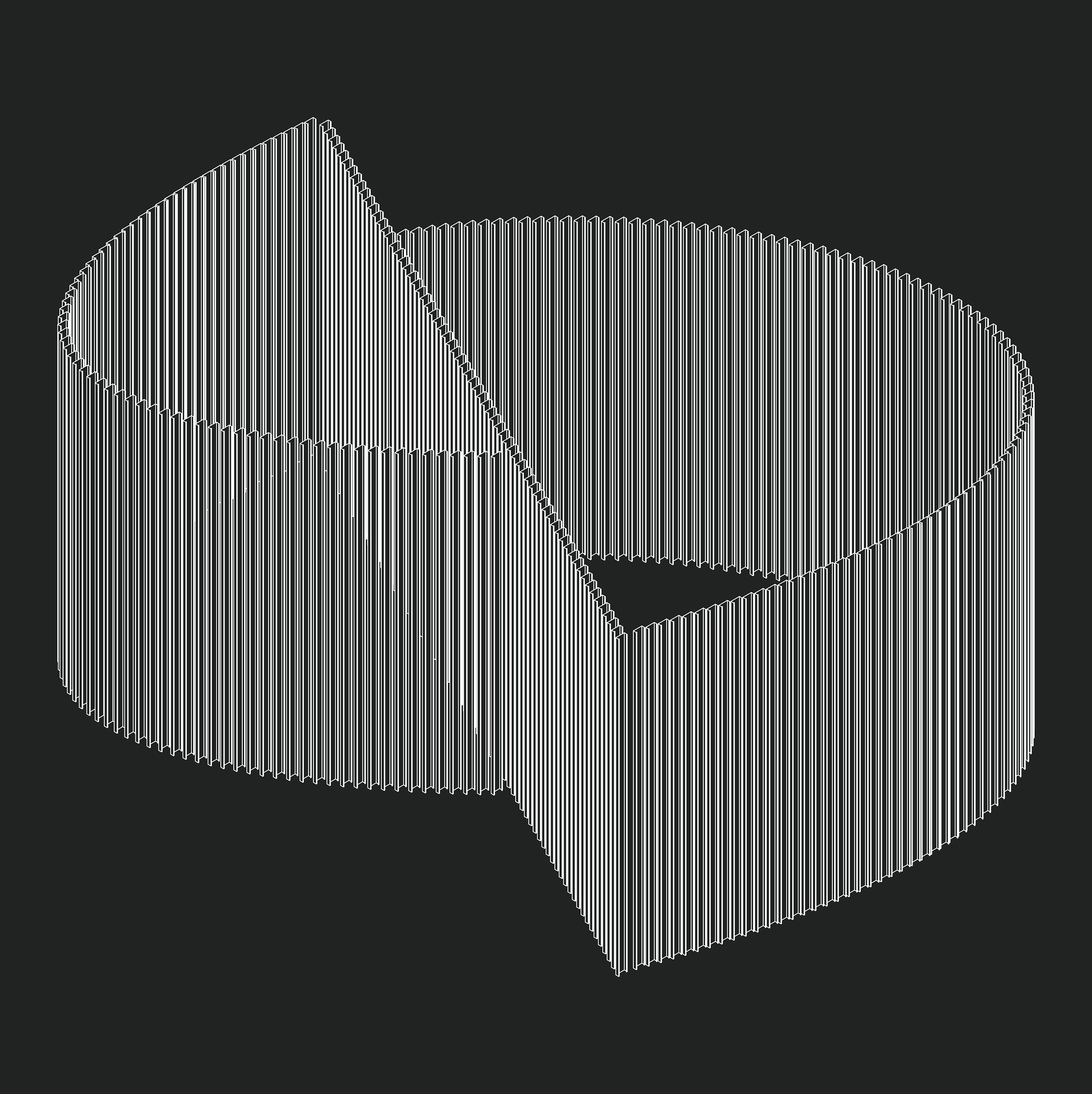 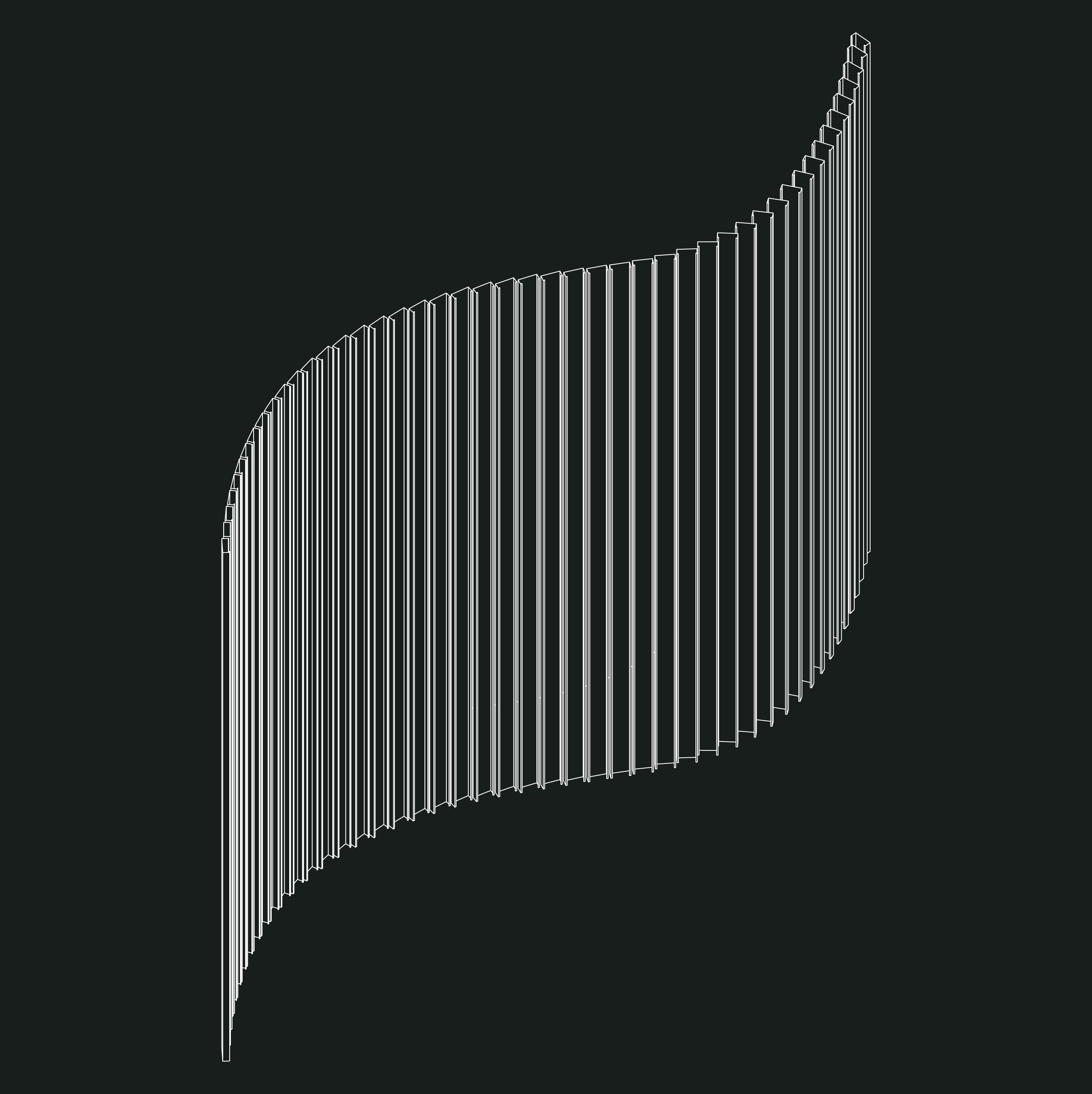