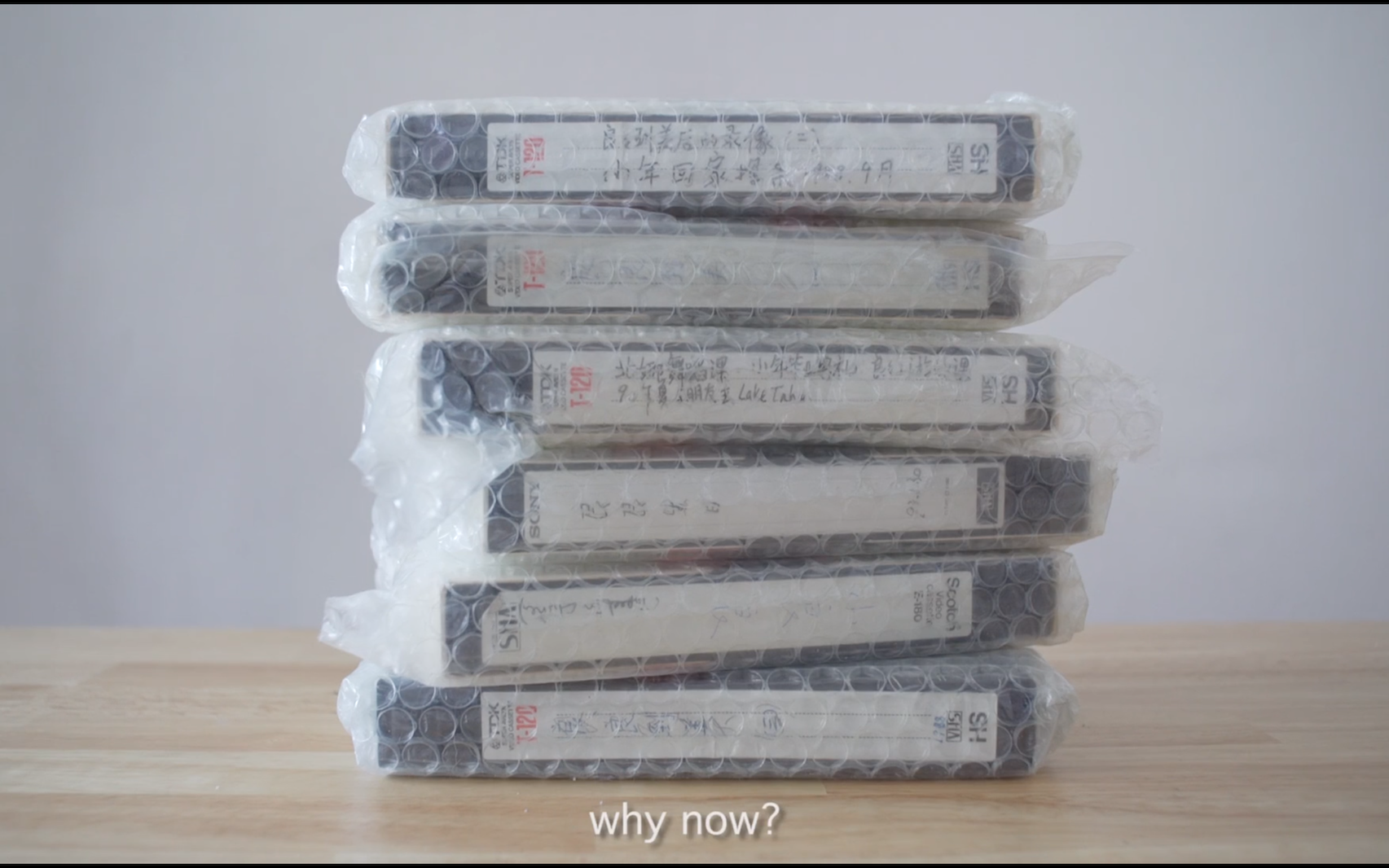 Before we can get beyond love, we would like to share how we got there. When we decided the twenty-ninth issue of InVisible Culture should address the idea of love, one of our members asked,”Why love and why now?” Although this question was raised to the other board members, it also extended beyond our group and toward a recent discourse. Why, for example, is love the topic Alain Badiou turned to in his book In Praise of Love? Or, more importantly, why would Badiou want to praise love? The question of love was also the topic of an aptly titled e-flux journal reader series, What’s Love (or Care, Intimacy, Warmth, Affection) Got To Do With It? Rather than answer these questions (including the one initially raised within our board), InVisible Culture seeks to keep the question of love in its place in order to move beyond it. This is not an abandonment of the topic, but a way to use what love has given in order to see where it can take us.

With this issue of InVisible Culture, our artists and authors respond to our proposition by examining the way love functions within and without the visual arts. Each text and work thus serves as a vehicle to rethink love and, in doing so, challenge the ubiquitous givenness love often maintains. We seek to hold love accountable because we question whether it can fulfill its many promises. And yet, in asking love to account for itself, we give the idea of love the opportunity for renewal. It is not that we are beyond love—it is that love often seems beyond us. Perhaps, then, this issue can serve as the means to addressing that space as something we learn from. Surely this distance can be productive. After all, it’s from afar that one can see the horizon.

Tiffany E. Barber’s article, “Us, THEM, and High-Risk Dancing” examines Ishmael Houston-Jones’s improvised dance piece, THEM. She posits improvised dance as a process through which the dancers interpret their sociopolitical conditions, thereby challenging Cynthia J. Novak’s notion that contact improvisation is rooted in social concern toward gender difference. Barber also queries whom and what possibilities staid notions of contact improvisation excludes. Performed at the peak of the AIDS epidemic, the author illuminates how gestures within THEM express anxieties of the time, including the risk of physical contact, social exclusion, and postmodern dance’s racial politics.

Prerna Subramanian’s article “Loss of Control, Control over Loss: A Posthumanist Reading of Lars and the Real Girl and Black Mirror’s ‘Be Right Back’” conducts an analysis of the plots of Craig Gillespie’s Lars and the Real Girl and Charlie Brooker’s episode “Be Right Back” in Black Mirror. A posthumanist lens of looking at the intimate relationships portrayed in the movie exposes many larger debates about human-non-human, control-loss, agency-assent. The paper first introduces how intimate relationships (be it of love or sex) between humans and machines/non-humans have been approached in the past and the positions that have been taken up, so as to establish the relevance of looking at the dynamics of these relationships in posthumanist fields of study. The paper deals with the idea of loss of control while one is trying to gain control over loss, (especially in relationships that involve emotions of love), which connects the two movies together at the level of thematic patterns. It argues that there are posthumanist moments in movies, yet their denouements provide a space to the protagonists by portraying how they ultimately exercise their will in how they choose to confront with the biggest loss they encounter, loss of agency.

Engaging with the metaphors of light and air in Patricio Guzmán’s Nostalgia for the Light (2010), Laurel Ahnert’s article, “‘Making things glow with their own light’: Love, Documentary Witness and the Endless Search in Nostalgia for the Light” explores the tension between the desire for insight and what remains out of sight when representing human suffering and historical trauma in documentary. It argues the ephemerality of light and air provides a model for considering how a visual medium like documentary can render perceptible the otherwise invisible threads that both separate and connect filmmakers, viewers, and filmed subjects. Using Kelly Oliver’s conception of witnessing as a “look of love,” the article examines how Nostalgia for the Light enacts the ethical imperative to continually search for truth and meaning at a time when there is willful blindness and forgetfulness among the Chilean public. In the film, witnessing becomes an endless project of engaging with the past rather than simply seeking to illuminate historical truths that remain hidden from view.

Beina Xu’s essay film The Origin Tapes is borne from the artist’s discovery of a suitcase of unseen VHS tapes recording her family’s migration from China to the U.S. in the 1980s. What emerged from an emotional arduous process of watching and digitizing was a documented process of encounter—what the artist calls “an archeology of love.” At times deeply affectionate, other times deeply fractured, this project examines Xu’s own subjectivities as it approaches those closest to her in order to voice a trans-culture representation of love.

Trish Nixon offers the stakes of Queerstory on Art and Sex: What’s love got to do with it? plainly: “My aim is to articulate truthfully what it means to inhabit my body.” Offering an alternative framework to think of the body outside of normativity, Nixon’s photographs reverberate in a warm chroma that exudes the self-pleasure the artist champions. In “Queerstory,” we find the artist not only reflecting on the self and its pleasures, but also how this pleasurable self might appear visually. What results is not only a group of striking photographs, but a powerful reflection on the queer ways in which we relate to our own images.

Martin Wannam thematically engages social media, sex, gender and sexuality joined with religious symbolism in his photographic series, Amores Postmodernos. He depicts queer subjects from Guatemala City engaging in acts of pleasure in order to confront and reject disapproving views of their lifestyles.

Alexandra Halkias interjects with part of an on-going experiment in the affective politics of seeing. Here she studies the territory at the fringe of life in “late” capitalism, specifically at and after death. Human and non-human kin in the moments past life emerge as a frontier. In Love in the dark her images and text seek the tracks of a critical relationality that evades neo-liberal logics, even as it is shaped by them. A certain queering of sight, training eyes to see the shadows, transforms matter in an effort to grasp a way out or, rather, to a beyond that is. Halkias looks at love at its limits and love as a vanishing point.

Marija + Toma is a short film depicting a young Serbian couple in their early 60s, eager to share their newfound affection on camera. Zoë Aiano, Greta Raulec and Alesandra Tatić (Divlja Kruška/Wild Pear Arts) met the couple while carrying out research for a visual anthropology project in Eastern Serbia. While the collective envisaged shooting materials to use as part of an on-going series of short films about visual identity and relationships to the home and host cultures in Gastarbeiter architecture, they got invited to join the lunch Marija and Toma were hosting to celebrate their 15-months wedding anniversary. Taken by the vibrant couple, they decided to make the most of this unexpected encounter and let Marija and Toma take over.

The works of Loren Britton are made from scrap papers accumulated from friends, colleagues, their own and other sources. Their conceptual practice is influenced by the materiality of the objects they chooses to work with, which already imbued with meaning, and revolves around references to feminist abstract painters. Loren Britton thinks of their paper pulp things as letters, answering questions about language and material through a visual mode of address. Loren’s objects are made of wet paper pulp from words printed, then wetted, digested, dyed and spread out over screens. As it slowly dries up, the molecules of water are replaced by thick fiber attachments and dry into impressionable wrinkly sheets of paper.

Through a process of visual autoethnography, Moira O’Keeffe immerses himself into a large archive of family photographs, digitally manipulating them to erase the wear and tear of years gone by. Her video, Love in the pixels: A visual autoethnography of restoration, is an exploration of her family’s past, attempting to reconnect with newly found estranged relatives.

In #typewriterdialogues, Susanne Kass unrolls conversations about love and relationships on cash register paper going through an old typewriter. Originally published on Instragram, her work, emphasizing words in their materiality, explores the linguistic properties of the digital world.