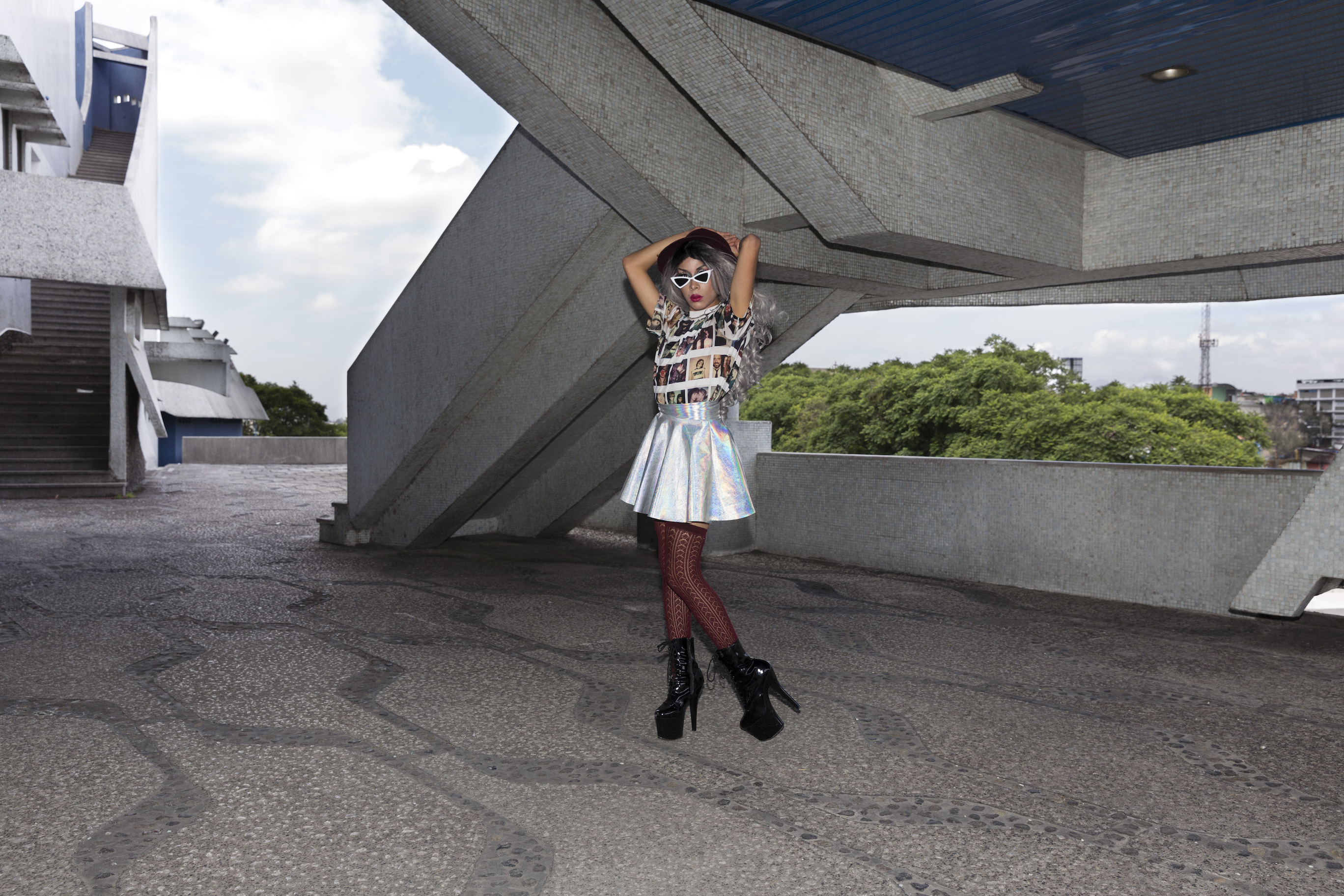 “Amores Postmodernos”a photographic series that explores queer subjects from Guatemala City with a contemporary narrative base of social media, sex, gender and sexuality created with religious symbolism as a way of proposing political disturbance to people that impose the norm by showing pleasure of a queer lifestyle. I want my work to render visible a community of humans that seek a queer heterotopia. As Michel Foucault suggests, “queer heterotopias are places where individuals can challenge the hereronormative regime and are free to perform their gender and sexuality without being qualified, marginalized or punish”.1 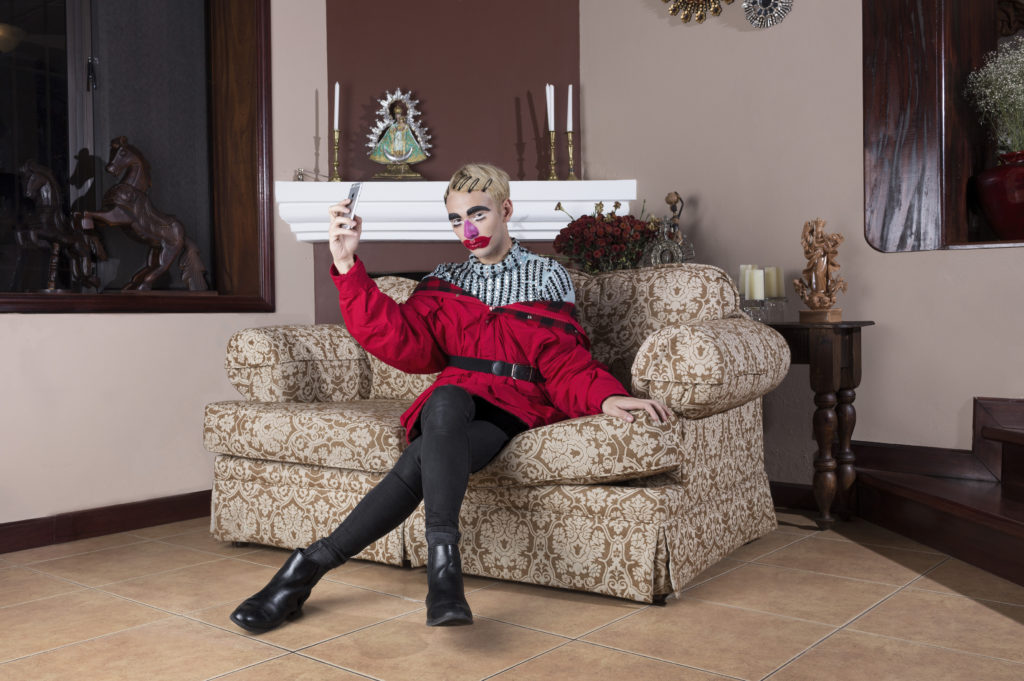 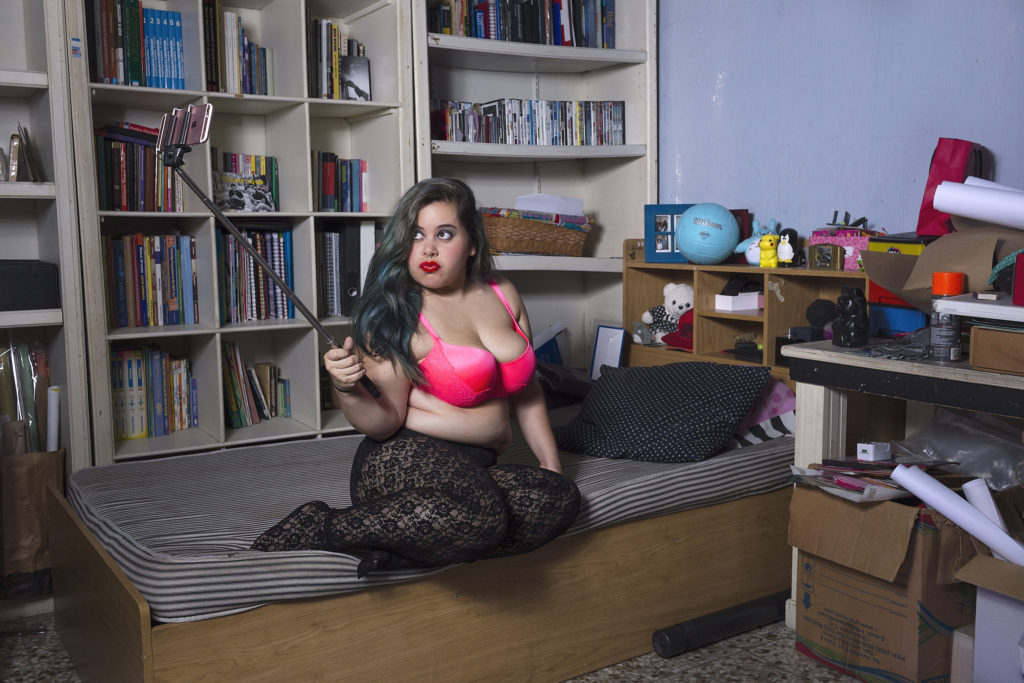 All of the subjects are friends or strangers that were encountered through my daily life, via social media, hookup apps, or circles of friends that in their own way are disrupting gender norms by exploring and experimenting with crafting a queer identity.  In thinking, in particular, about how queer love behaves towards oneself or to others, it cannot be defined by the norm but is defined through sexual practice or aesthetically transforming one´s body in a way that seeks to disrupt a binary gender system. But what does it cost to challenge a society that still doesn´t recognize your identity? Just by pursuing pleasure through putting make-up on, wearing heels, a dress, kissing your lover in public or dressing in drag—any of these small actions allow bodies to take up space. But exposing a gender expression outside of the norm exposes fear, physical repression or even death to humans that identify as queer impose from a normative culture.Youth in the Guatemalan community started testing the limits of their cultural background, using gender and love to shape a political state of hate by reclaiming space and not conforming to sinking in by the norm. 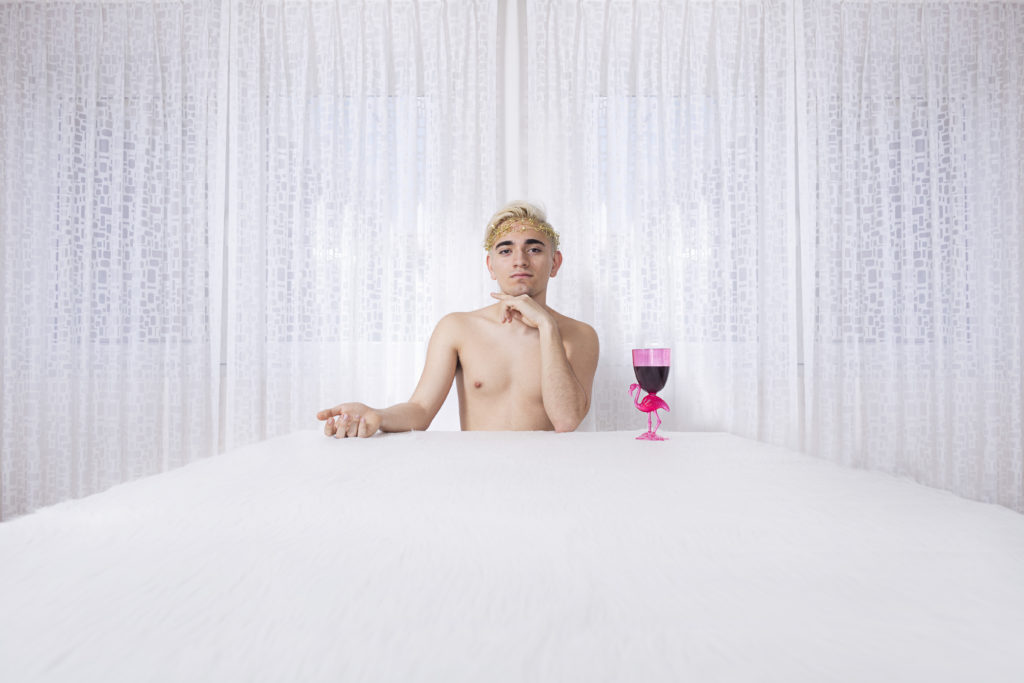