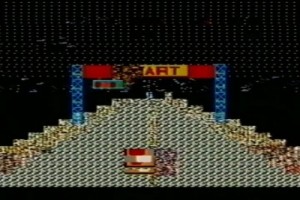 Diego Costa is a PhD candidate at the University of Southern California in the Media Arts and Practice department. He is a queer theorist, experimental filmmaker, a film critic for Slant Magazine, and a contributor for the Brasil Post. Costa is also the co-founder of The Queer Psychoanalysis Society.

Amanda du Preez is Associate Professor in the Department of Visual Arts at the University of Pretoria, where she teaches Visual Culture Studies. She has co-edited South African visual culture (2005); edited Taking a hard look: gender and visual culture (2009) and authored Gendered bodies and new technologies: rethinking embodiment in a cyber-era (2009).

Clint Enns is a video artist and filmmaker living in Toronto, Ontario, whose work primarily deals with moving images created with broken and/or outdated technologies. His work has shown both nationally and internationally at festivals, alternative spaces, and mircocinemas. He has a Master’s degree in mathematics from the University of Manitoba, and has recently received a Master’s degree in cinema and media from York University. His writings and interviews have appeared in Millennium Film Journal, Incite! Journal of Experimental Media, and Spectacular Optical. www.clintenns.tumblr.com

Walter Forsberg was born in Saskatchewan and is a contributing editor to INCITE: Journal of Experimental Media. He works as Media Archivist at the Smithsonian’s National Museum of African American History and Culture.

Joel Gn is a doctoral candidate at the Department of Communications and New Media, National University of Singapore. His research explores the technological and phenomenological implications of cute design in interactive agents such as digital partners and social robots. Joel’s other interests include critical theory, science fiction and East Asian popular culture.

Erin Colleen Johnson currently lives in Atlanta, GA and holds an MFA and Certificate in New Media from The University of California, Berkeley (UCB). Utilizing social practice, video installation and performance, Johnson investigates practices of hope and empathy enacted by people ranging from Morse Code agents to ice fishermen. Her work has been exhibited in spaces such as the Berkeley Art Museum, Adobe Books Gallery, Root Division, the Zero1 Biennial, Delaware Center for the Contemporary Arts, and Kala Art Institute. As an Arts Research Center Fellow at UCB, an artist-in-residence at Elsewhere, and live in Southern Exposure, she has crafted projects that engage the larger community in thinking about what they are wishing for in the face of an economic recession and housing crisis. She is currently an Assistant Professor of Video and Photography at The University of West Georgia. www.erincolleenjohnson.com

Carolyn Kane is a postdoctoral fellow at Brown University and assistant professor of visual communications at Ryerson University in Toronto. Her book Chromatic Algorithms was released by the University of Chicago Press in 2014.

Nicola Mann is an Assistant Professor of Visual Cultures at Richmond, the American International University in London. She holds a PhD and MA in Visual and Cultural Studies from the University of Rochester, New York and an MA in Painting from the Royal College of Art, London. In addition to her teaching, Mann works for the Art Council of England-funded organization, The Happy Museum Project: www.happymuseumproject.org.

Paul Qaysi was born in Baghdad, Iraq, and lives and works in Brooklyn, NY. He received his BFA in sculpture from Pratt Institute in Brooklyn, NY and MFA in the Program in Advanced Photographic Studies from Bard College-International Center of Photography in New York, NY. www.paulqaysi.com

Christopher Schaberg is an associate professor of English and Environment at Loyola University New Orleans. He received his Ph.D. from the University of California, Davis, where he specialized in 20th-century American literature and Critical Theory. His research interests include mobility studies (especially airports), ecology and environment, and concepts of place and space. He is the author of The Textual Life of Airports: Reading the Culture of Flight (Bloomsbury, 2012), and co-editor of Deconstructing Brad Pitt (Bloomsbury, 2014). He is co-editor of an essay and book series called Object Lessons, and can be found on twitter under the handle @airplanereading.

Adam Sulzdorf-Liszkiewicz and Anton Hand are members of RUST LTD. (www,rustltd.com), a games and media art studio based in Los Angeles, CA. Their collaborative work has recently been exhibited at the ACM SIGGRAPH Conference, the Game Developers Conference, the Games+Learning+Society Conference, the Boston Festival of Indie Games, the UCLA Game Art Festival, the Computers and Writing Conference, and Game Fest 2012, where they received the Best in Show audience award. In 2013, they were awarded Grand Prize in the Unity3D DirectX11 Competition for their game Museum of the Microstar.

Timothy Welsh is an assistant professor of English at Loyola University, New Orleans. He received a Ph.D. in English from the University of Washington in 2011. His research and teaching interests cluster around the intersection of modern literary and artistic practice and digital media studies. His current book project, Mixed Realism: A Theory of Fiction for a Wired Culture, compares print novels and console video games to present an approach to narrative fiction that responds to the expanded role of virtual environments in contemporary life. For more information, please visit his online portfolio and blog.

Janet Wolff is the author of books and essays on cultural theory and the sociology of art, including The Social Production of Art, Aesthetics and the Sociology of Art, Feminine Sentences, Resident Alien, AngloModern, and The Aesthetics of Uncertainty. From 1991 to 2001 she was Director of the Program in Visual and Cultural Studies at the University of Rochester. She has also taught at the University of Leeds and Columbia University. She is now Professor Emerita at the University of Manchester, and is completing a book of memoir and family history.