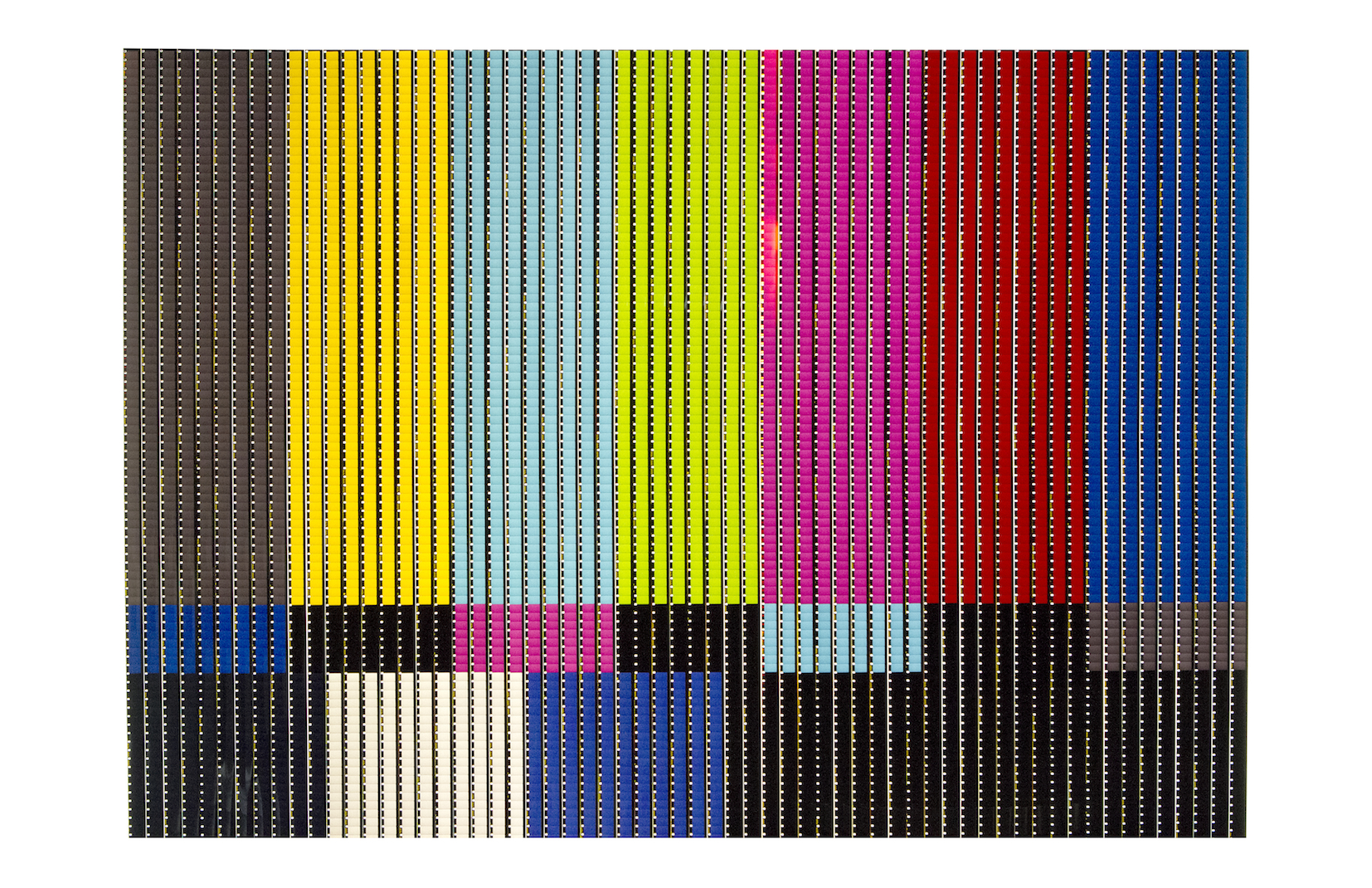 I began to think very seriously about the historical longevity of video test patterns while managing the New Museum of Contemporary Art’s XFR STN – an open-door, artist-centered media conservation laboratory that ran for 3 months in the summer of 2013. There, I provided countless explanations to the public, who passed daily through the fifth floor gallery’s video digitization workstations, as to how the color bars were merely a representational electromagnetic language about voltages. I wondered how an image so iconic as the SMPTE split-field bars would live on beyond the technological obsolescence of standard definition analog video.

Translating these voltage values into filmic form seemed immediately logical, especially once Kodak discontinued its color reversal film stocks in late 2012. This occurred to me as one strategy to preserve standard definition video beyond the lifespan of its own magnetic media format.

A light leak on my Bolex’s daylight spool makes for the pretty “dropout” flash in the magenta region, and rendering the 80% gray bar as a filmed 18 gray card is supposed to be funny.