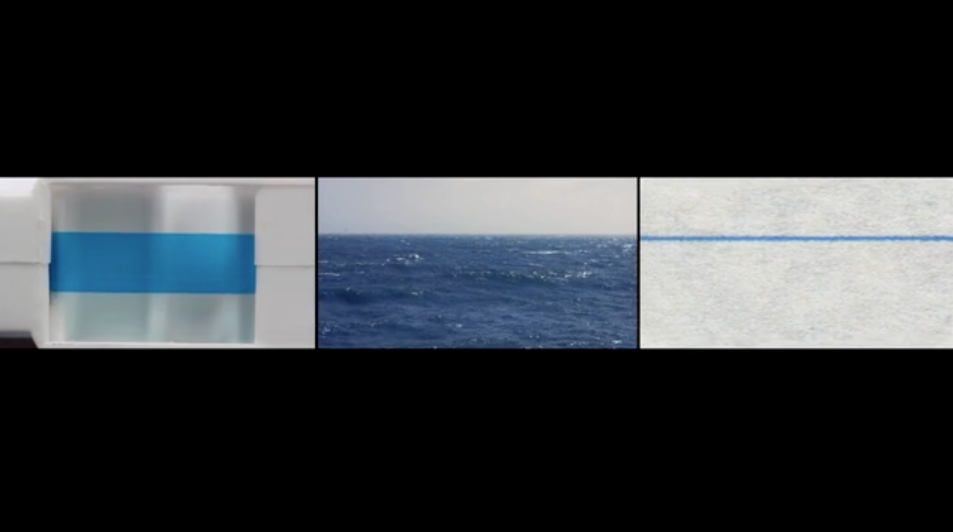 Over the past few years, I have worked with Morse Code operators in Marin County, California, whose sea-side station was shut down in 1999 when commercial telegraphy was officially taken off the air. In 2009, the operators re-opened the doors to the closed station and started sending out messages, but this time there were few or no listeners to receive them. When asked why they continued, even when no ships were calling in, one operator observed, “Even if there were no ships out there, we’d be keeping the faith.”

My relationship with the Marin County Morse Code operators began when I started researching the notion of “faith” in connection with Morse Code and communication technology. I arrived at the 1859 publication of the Spiritual Telegraph, a weekly journal, whose title points to the entanglement of the telegraph’s history with that of Spiritualism.

The Spiritualist Church was founded in 1848 by Leah, Margaret and Kate Fox when they claimed that the ability to speak with the dead, through mediums, was justified by Morse Code’s new ability to communicate with someone across the country almost instantaneously. At the time, the ability to communicate instantly with a person across vast distances was so shocking that it seemed to suggest the possibility of realizing other inconceivable communicative acts. In 1888, after years of practicing Spiritualism, the sisters declared the religion a hoax.

In spite of their statements, a small Spiritualist congregation still remains in San Francisco near the Morse Station, where people continue to send messages to the dead.

As a result of this research I made Come In, a split-screen video that follows these two groups as they send their messages. As these words are transmitted with hope into the ether, I ask: why do these practices persist in the face of their growing technological and spiritual obsolescence? Why do the operators send messages when there are no ships to receive them? Why do the Spiritualists continue to practice a religion whose own founders declared it a hoax?

Alongside my work at the Morse Station, I began sifting through my late grandfather’s archive, which includes forty years of his handwritten sermons. While sorting, I considered what he hoped I’d discover through the texts. I found myself photographing and videotaping the spaces around the writing itself. In the video Cassette Tape Leader, Ocean Horizon, and Ruled Paper Line, I focus on the margins of his ruled papers and the cassette tape leader. Both function as empty spaces that appear before and after recorded content, and both are spaces that resist explanations and aren’t filled in. In many of my grandfather’s notes, he references the ocean’s horizon as a line marking what we can see and know, and what lies beyond. While his words tell me what he felt he knew, I am more interested in his moments of doubt and questioning, a horizon of silences and gaps.